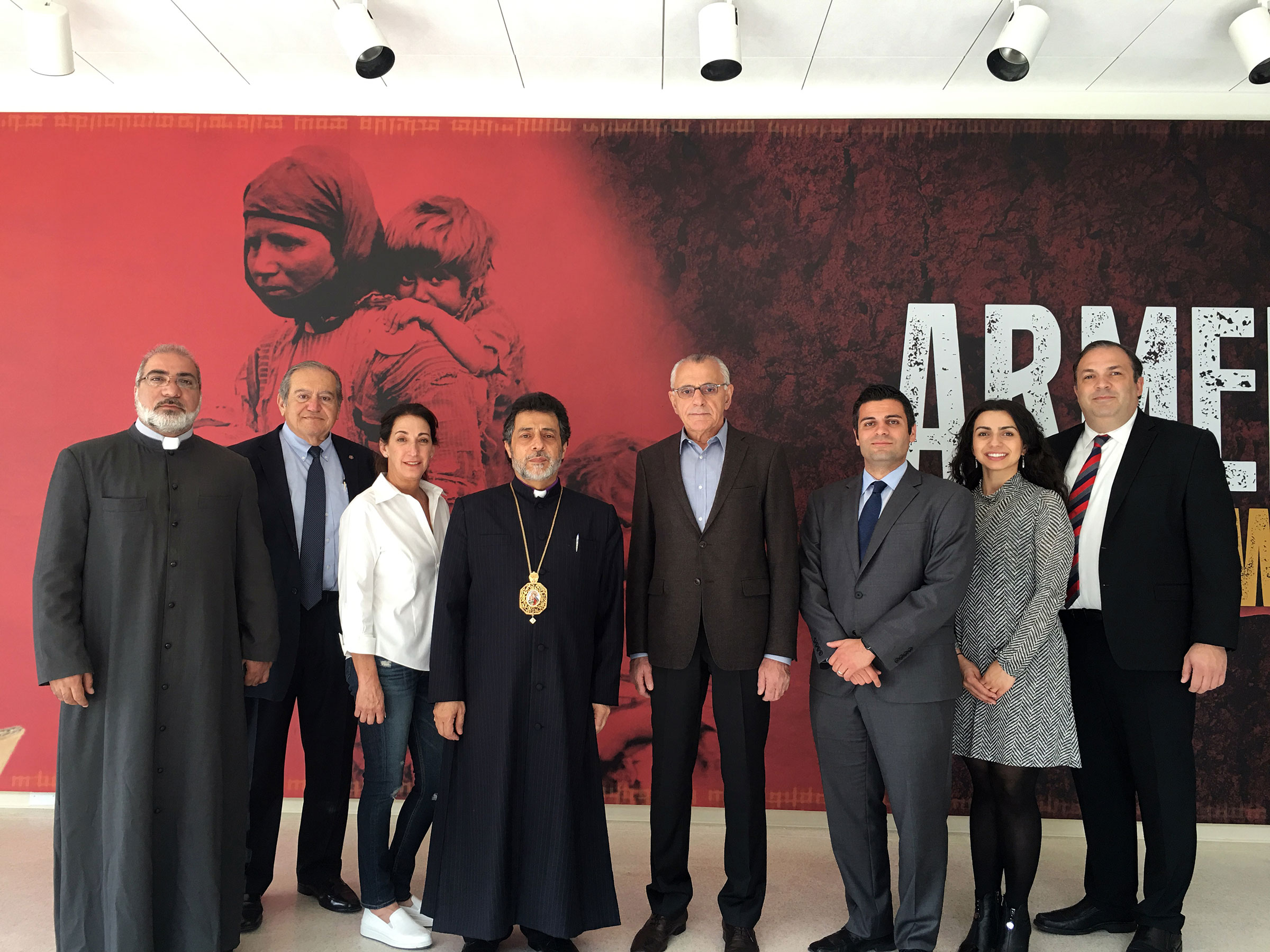 GLENDALE – On Thursday, April 14, Western Primate Archbishop Hovnan Derderian, Co-Chair of the Armenian American Museum, visited the “Armenia: An Open Wound” exhibition at the Brand Library & Art Center ahead of the public opening this Saturday. During his visit, His Eminence reflected on his moving experience at the inauguration of the exhibition in Mexico City during the Armenian Genocide Centennial year and shared his excitement for its upcoming international debut in the City of Glendale.

“On behalf of the Armenian American Museum, it is with great honor that we are able to present this educational and impactful exhibition at the Brand Library & Art Center starting this Saturday, and I encourage our community members to participate in this unique opportunity” remarked Archbishop Derderian.

The City of Glendale Library, Arts & Culture Department has partnered with the Armenian American Museum to present “Armenia: An Open Wound,” an exhibition curated by the Museo Memoria y Tolerancia [Museum of Memory and Tolerance] in Mexico City and is now making its international debut in the City of Glendale.

The community is invited to the Opening Ceremony on Saturday, April 16 from 1 to 4 p.m. at the Brand Library & Art Center. The Opening Ceremony will be the public’s first opportunity to experience this eclectic exhibition which shares the intricate history, rich culture, and moving stories of the Armenian people.

Visit www.ArmenianAmericanMuseum.org or call the Brand Library at (818) 548-2051 for more information on the Opening Ceremony and the complete schedule of upcoming programs.