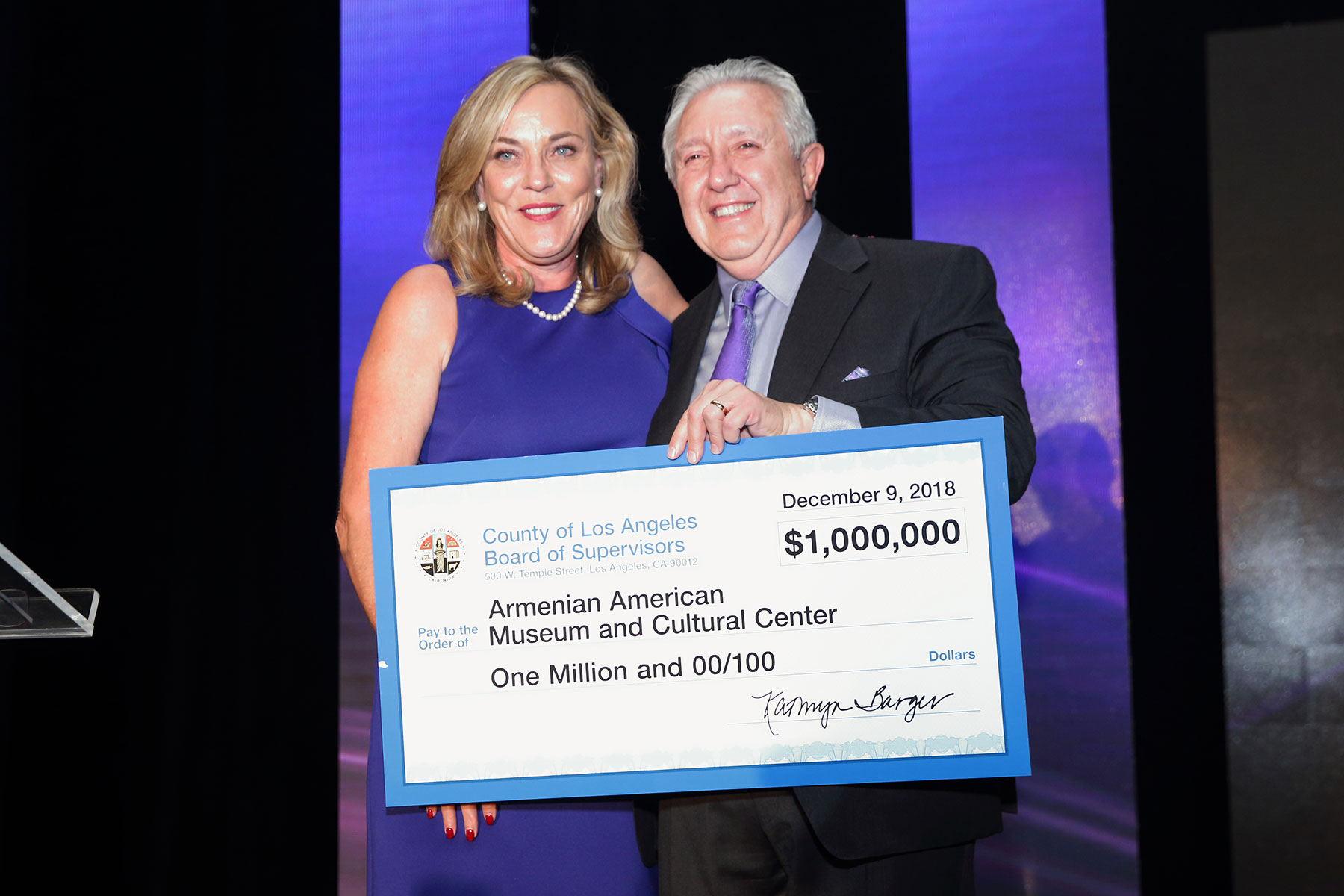 Following a reception in the forecourt, the program began with the flag ceremony conducted by the Homenetmen scouts and marching band followed by the national anthems performed by the Glendale High School Choir led by Director Grace Sheldon-Williams. 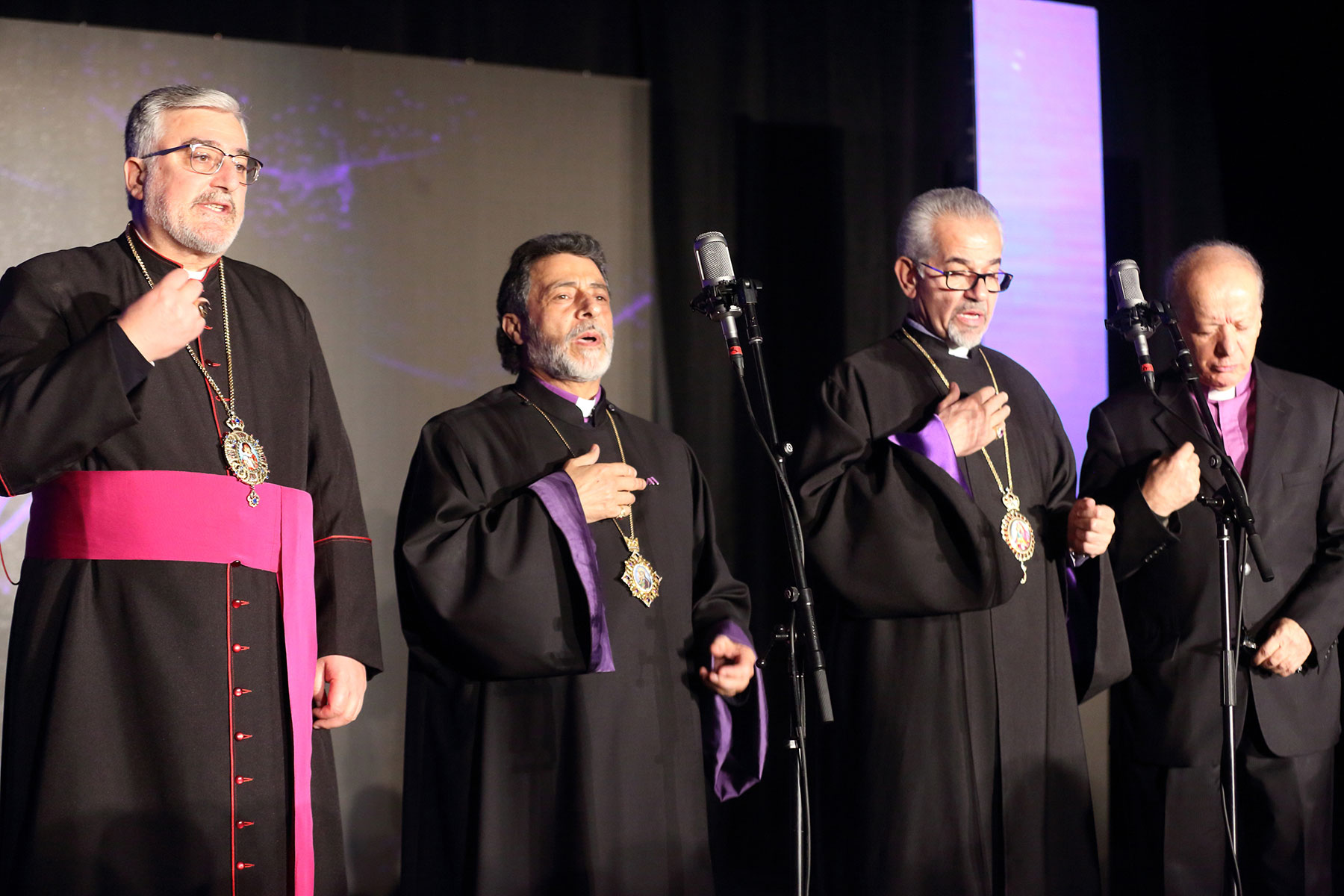 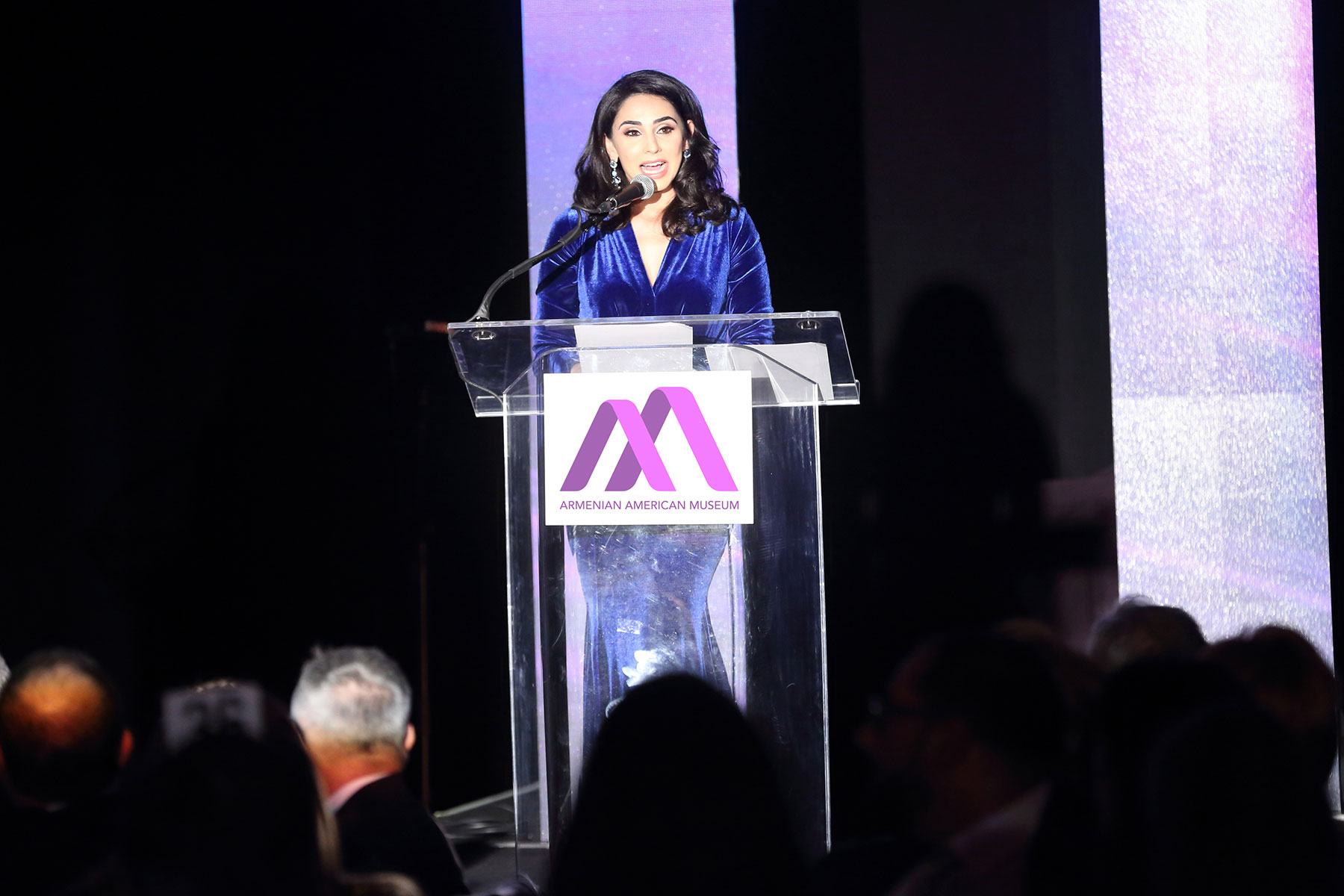 Fox 11 Morning News Anchor/Reporter Araksya Karapetyan served as the Master of Ceremonies for the evening and welcomed the capacity crowd to the Inaugural Gala. During her remarks, Karapetyan shared her personal story of immigrating to Southern California from Gyumri, Armenia and expressed her hope for what the Museum can accomplish for the next generation of children.

Museum Executive Chairman Berdj Karapetian delivered the message from the Museum following a powerful video called “Nation of Builders” featuring the schools, churches, monuments, and community centers built around the world by the Armenian Diaspora leading up to the Armenian American Museum project today.

“Thank you to our more than 1,000 esteemed guests and honorees for joining us at our Inaugural Gala and supporting the Armenian American Museum,” stated Chairman Karapetian. “Just as our ancestors have done in the past, we will build a historic center with the community’s support that will serve generations to come.”

California State Senate President pro Tempore Toni G. Atkins congratulated the honorees of the evening and highlighted the special bond between the State of California and the Armenian American community.

Congressman Adam Schiff expressed his support for the landmark project in a video message, applauding the cultural and educational center as a milestone achievement for the entire community and Armenians around the world.

The capacity crowd roared in applause and rose to their feet for a standing ovation when Los Angeles County Supervisor Kathryn Barger surprised the audience with a $1 million check presentation for the cultural and educational center.

‘“This museum and cultural center will serve as such a source of pride for Glendale and Los Angeles County as a whole to celebrate and remember the contributions of this special community,” stated Supervisor Barger. 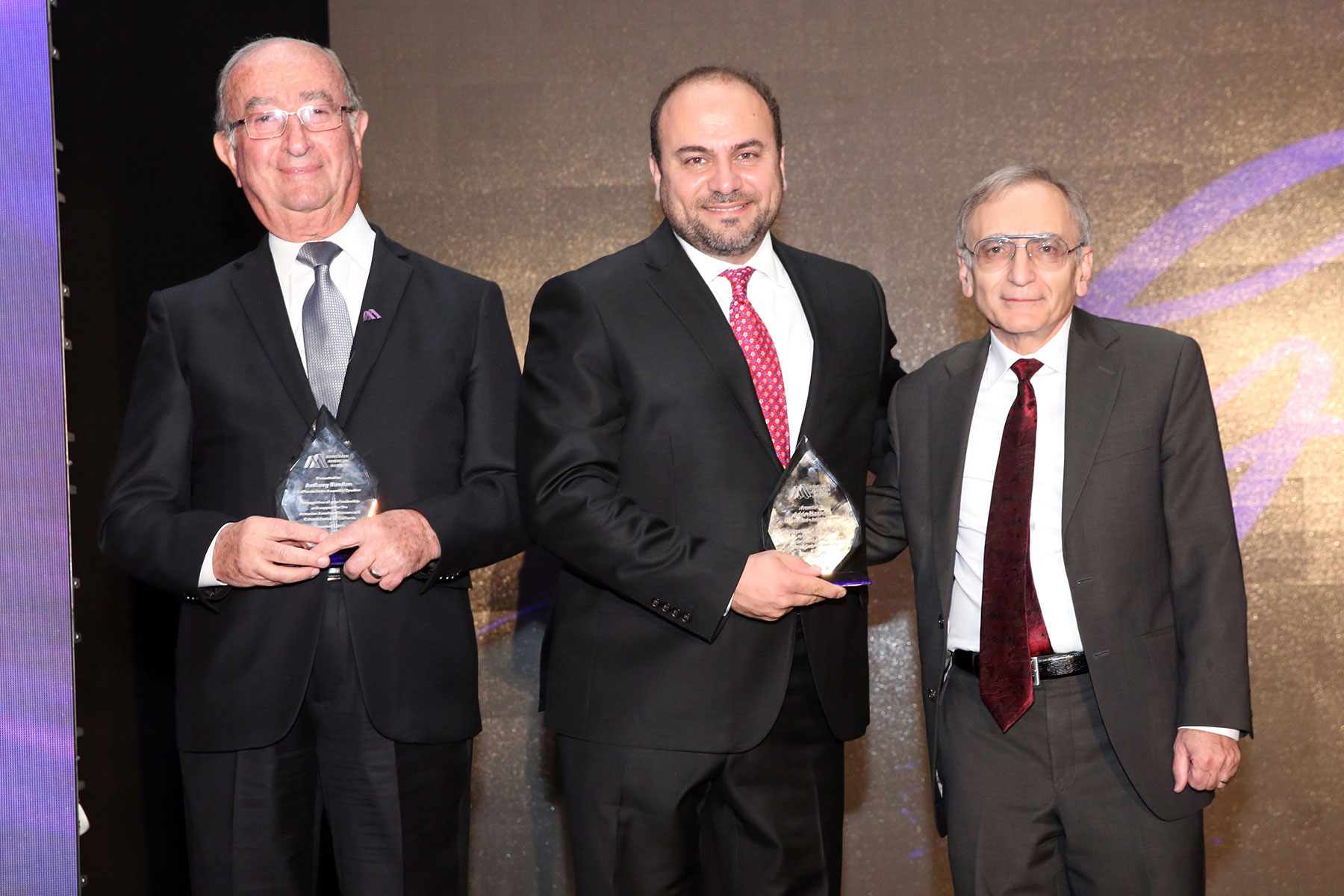 California State Assemblymember Adrin Nazarian and Assembly Speaker Anthony Rendon were honored for their leadership in securing an initial $1 million in funding for the Museum from the State of California, establishing significant early funding and support with the State as a key partner. “I am excited for all of the kids who are going to be able to visit the Museum and all of the learning, education, and possibilities that are going to happen inside the walls of the iconic Museum,” stated Assemblymember Nazarian. Speaker Rendon expressed his appreciation for the honor with a video message as well. The awards were presented by Museum Board of Trustees members Dr. Nazareth Darakjian representing the Armenian Missionary Association of America and Gabriel Moloyan representing Nor Serount Cultural Association. 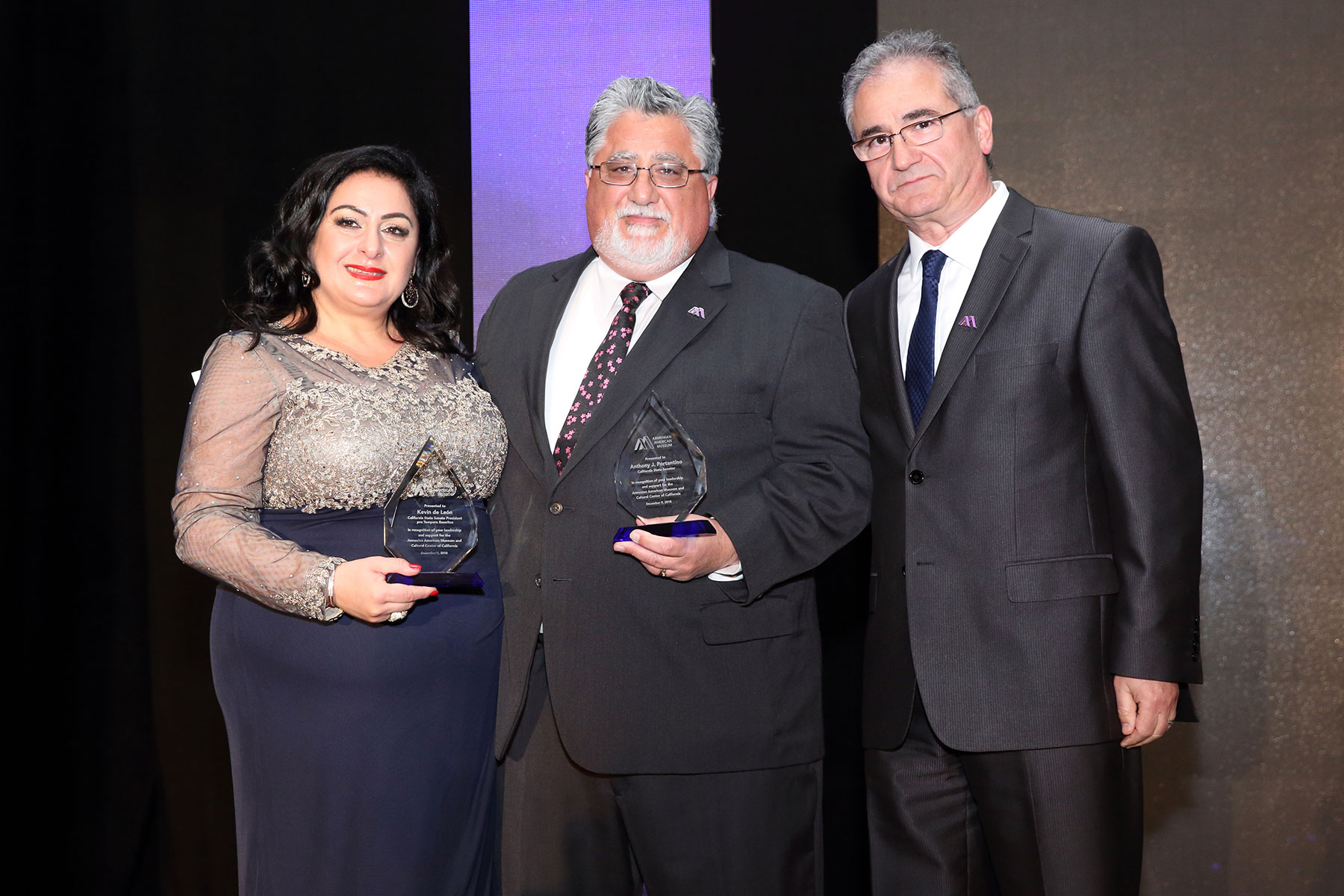 California State Senator Anthony J. Portantino and President pro Tempore Emeritus Kevin de León were honored for their leadership in securing an additional $3 million in funding for the Museum from the State of California, bringing the State’s total commitment for the landmark project to $4 million. “It is truly an honor to represent the Armenian American community in the State Senate and support a museum and cultural center that will serve and complement our rich California Armenian tapestry,” stated Senator Portantino. President pro Tempore Emeritus Kevin de León attended the Gala and expressed his appreciation to Museum representatives and attendees as well. The awards were presented by Museum Board of Trustees Secretary Ani Bostanian representing the Armenian Relief Society Western USA and Dr. Raffi Balian representing the Nor Or Charitable Foundation. 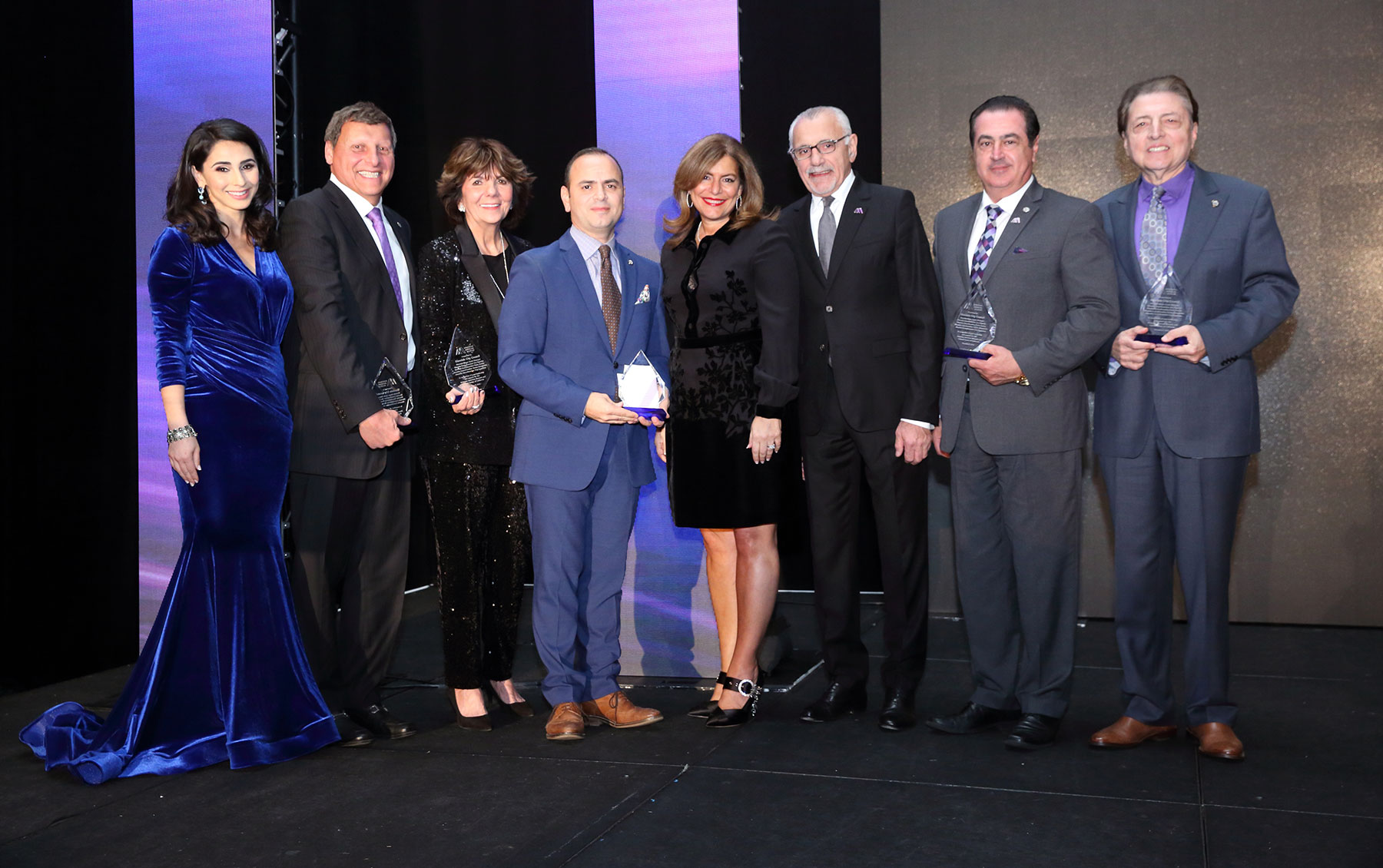 Glendale City Council with Glendale Mayor Zareh Sinanyan and Councilmembers Ara Najarian, Paula Devine, Vartan Gharpetian, and Vrej Agajanian were honored for dedicating premier land in the City of Glendale for the historic project, officially marking Glendale Central Park as the future home of the Museum. “We are proud to support the Armenian American Museum and it is a great honor for the City of Glendale to be the future home of the world class cultural and educational center,” stated Mayor Sinanyan speaking on behalf of the Glendale City Council. The awards were presented by Museum Board of Trustees Co-Treasurers Talin Yacoubian representing AGBU Western District and Avedik Izmirlian representing the Armenian Cultural Foundation.

Learn more about the Armenian American Museum at www.ArmenianAmericanMuseum.org.

About the Armenian American Museum and Cultural Center of California