By Armenian American MuseumOctober 10, 2019No Comments 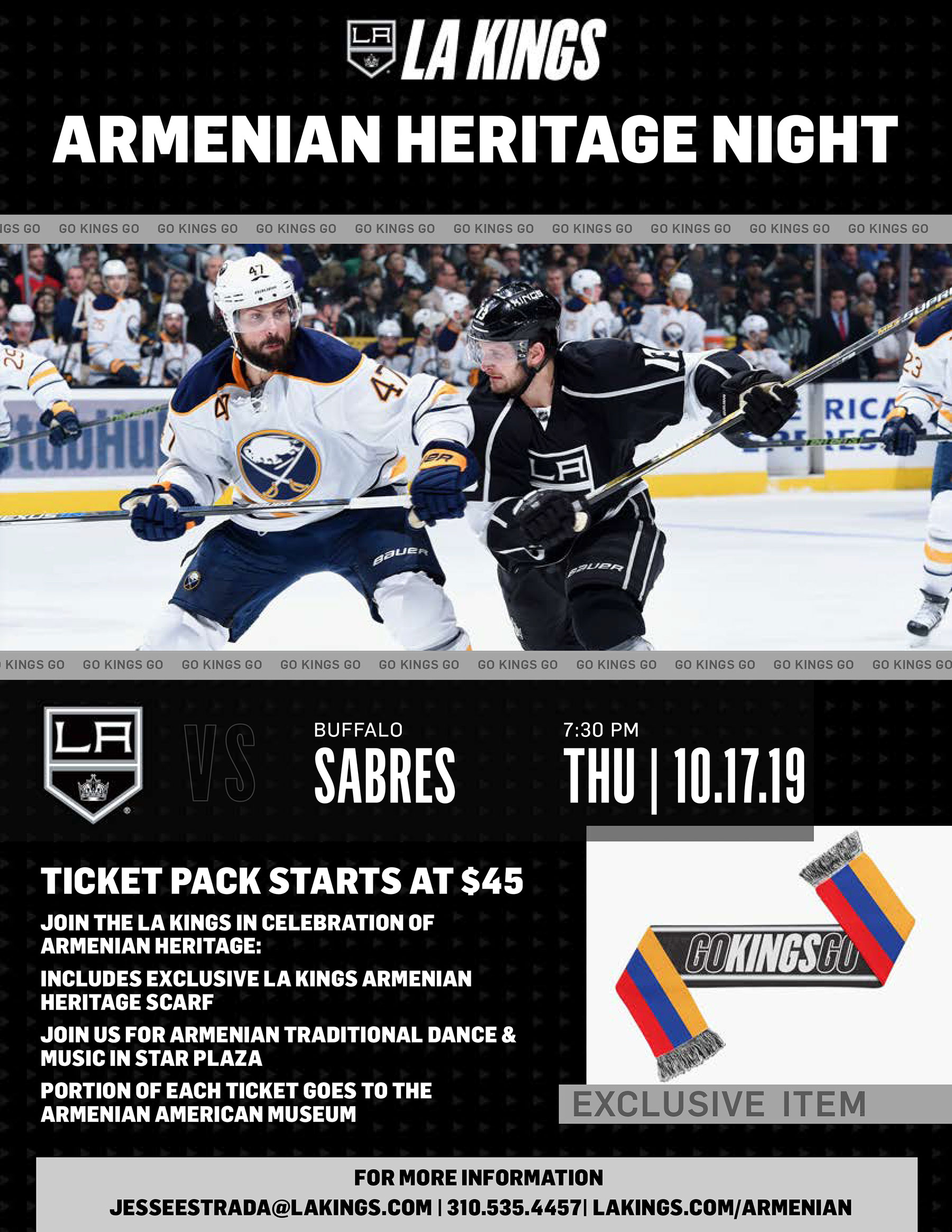 “We are excited to partner with the Los Angeles Kings for Armenian Heritage Night,” stated Executive Director Shant Sahakian. “As the cultural and educational center heads towards its historic groundbreaking year, we appreciate organizations like the LA Kings stepping forward to help us raise funds and raise awareness for the project.”

Tickets for the Armenian Heritage Night event start at $45. Tickets will include an exclusive limited edition LA Kings Armenian Heritage scarf featuring the Armenian flag and the “Go Kings Go” chant. The event will kick-off with a special performance of Armenian traditional dance and music in Staples Center’s Star Plaza prior to the game. A portion of each ticket sale will go towards the Armenian American Museum’s Groundbreaking Campaign.

Tickets can be purchased at LAKings.com/Armenian.

For more information, contact Jesse Estrada with the Los Angeles Kings by calling (310) 535-4457 or emailing jesseestrada@lakings.com.