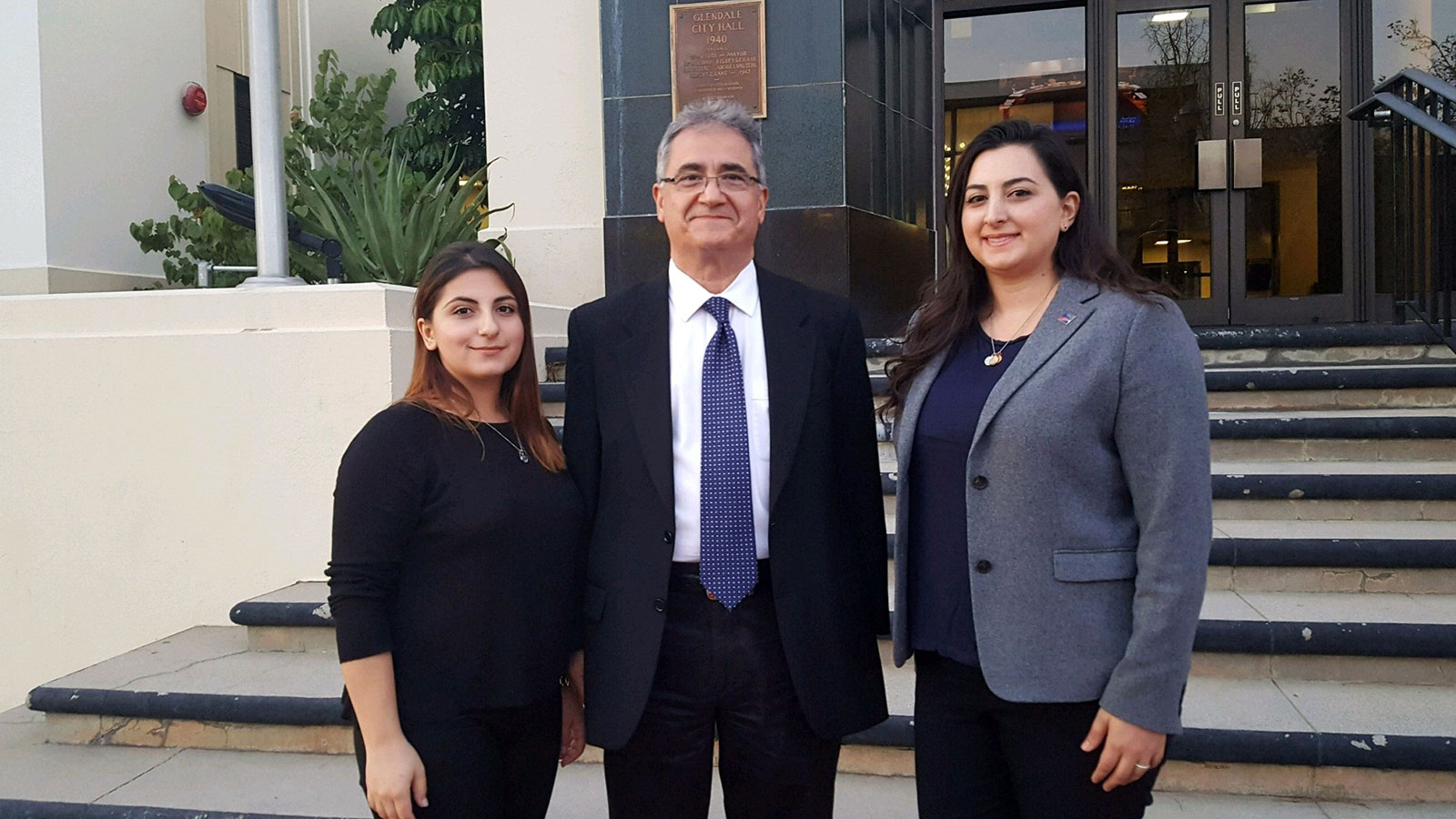 Glendale, CA (September 27, 2017) – Spokespersons for three Armenian American public affairs and advocacy organizations appeared at the Glendale City Council meeting on Tuesday, September 26, 2017 to express their support for the construction of the Armenian American Museum and Cultural Center of California at the proposed site in downtown Glendale.

Speaking on behalf of the Armenian National Committee of America – Glendale, Margarita Baghdasaryan stated, “Our City needs a facility that will enrich our community with literary, visual, and performing arts.”

The Armenian Right Council of America – Glendale spokesperson Dr. Raffi Balian remarked, “The construction of a cultural, educational, and art center will be in line with our City growth.  The Museum will serve the purpose of making Glendale a better place for all.”

“The Armenian American Museum and Cultural Center will put Glendale on the map as a beacon of tolerance, where multi-culturalism is celebrated and diversity is embraced,” added the the Armenian Council of America representative Christine Aghakhanian.

The Armenian American Museum and City of Glendale officials in September initiated discussions on the ground lease of space across from the City’s Central Library for the construction of the museum. The area for the museum was suggested by the Glendale City Council and both parties initiated feasibility studies to determine the possibility of building the museum on top of a public parking structure to be constructed by the City.

The Armenian American Museum has concluded its feasibility studies and communicated to the City the area at Central Park that is needed for the Museum and Cultural Center.  At the end of 2016, the City hired an urban design and architectural firm to design the subterranean parking structure and develop alternatives for public recreational uses within the area to be designated to the Central Library, the Adult Recreation Center, and proposed museum.