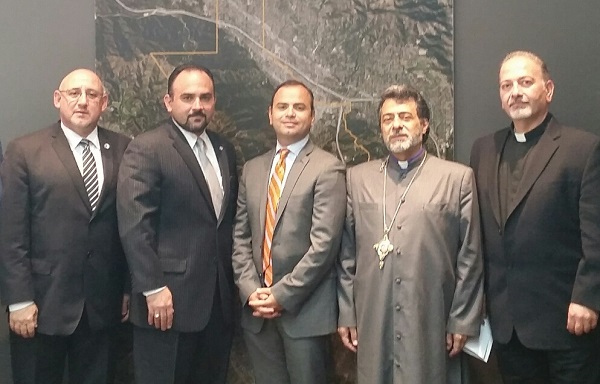 His Eminence Archbishop Hovnan Derderian, Primate of the Western Diocese of the Armenian Church of North America, informed the Mayor and City Manager that the organizations represented on the Centennial Committee had unanimously decided to establish a world-class museum in Glendale.

“Our Landmark Sub-Committee has devoted hundreds of hours on research and planning over the past 10 months for the identification and development of an initiative to strengthen our communities and increase respect among all residents,” added the co-Chair of the AGCC – WUSA Talin Yacoubian.

His Eminence Archbishop Moushegh Mardirossian, Prelate of the Western Prelacy of the Armenian Apostolic Church of America, expressed the Centennial Committee’s commitment to this initiative because the legacy of Armenian Americans will serve to advocate for justice and a better world.

“In the coming weeks, the Centennial Committee will organize presentations, town hall meetings group discussions, and a website to engage the public in the development of the museum,” remarked Secretary of the AGCC-WUSA Lena Bozoyan.