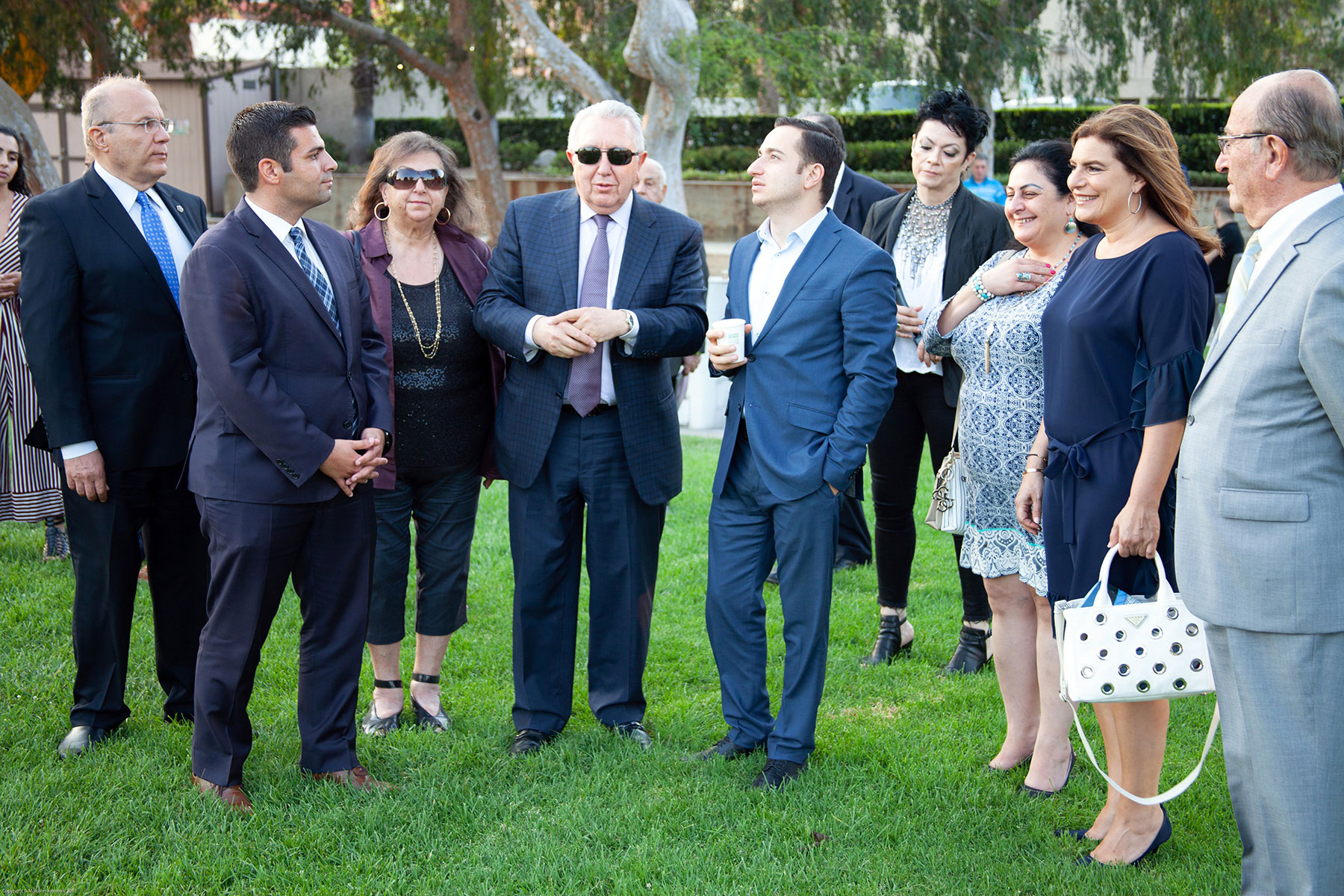 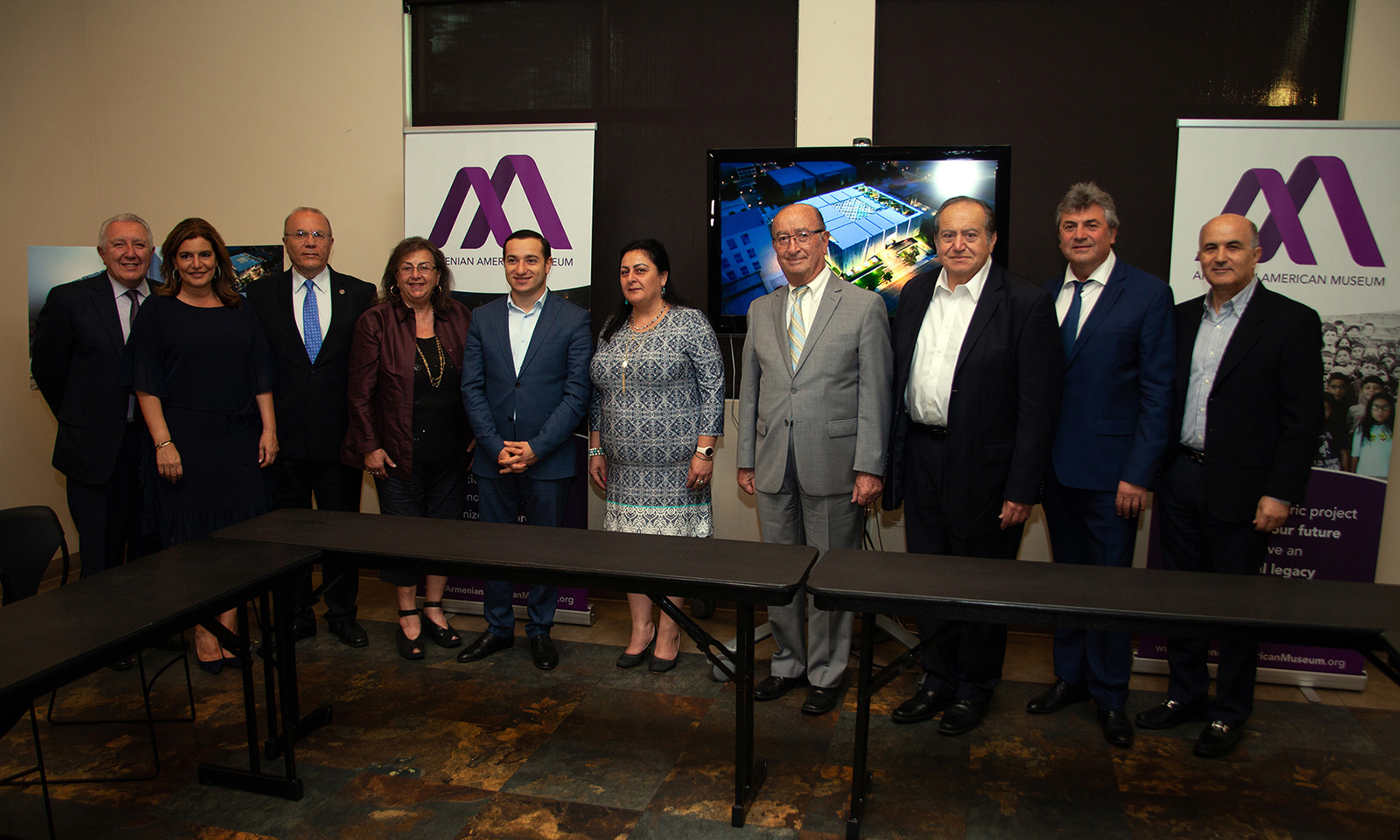 The momentous meeting began with a presentation on the Armenian American Museum’s mission, program, and design by Museum Executive Chairman Berdj Karapetian and Architect Aram Alajajian. Karapetian discussed the Governing Board’s vision for a cultural and educational center that will be a community asset honoring the past, recognizing the present, and building the future. Alajajian discussed the inspiration for the Museum’s iconic design and its message of unity for the global Armenian community.

“We are honored to welcome the Minister of Diaspora to the City of Glendale and have an opportunity to present the Armenian American Museum project,” stated Executive Chairman Karapetian. “The Museum is going to play a vital role in empowering our next generation, building our community’s future, and strengthening our Diaspora.” 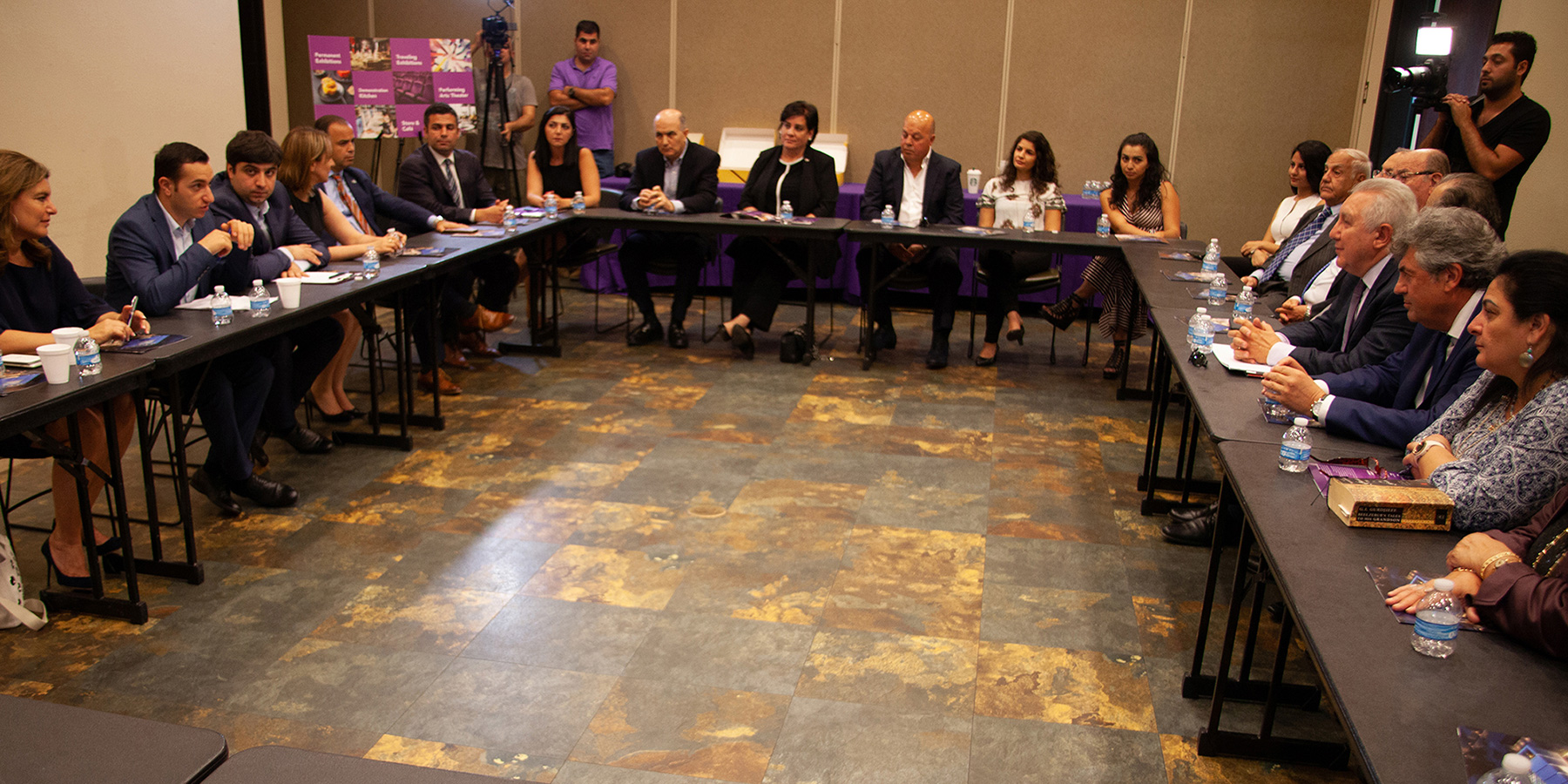 Museum officials and Minister of Diaspora Mkhitar Hayrapetyan discussed opportunities for collaboration and how the Museum and Ministry can work together to strengthen ties between the Diaspora and Armenia. The Minister expressed his excitement and support for the project and recognized the cultural and educational center’s importance for the community.

“It makes me truly proud to see such a beautiful project and vision for the community with the Armenian American Museum,” stated Minister Hayrapetyan. “The Ministry is excited and looking forward to collaborating and working together with the Museum to strengthen ties between the Diaspora and Armenia.” 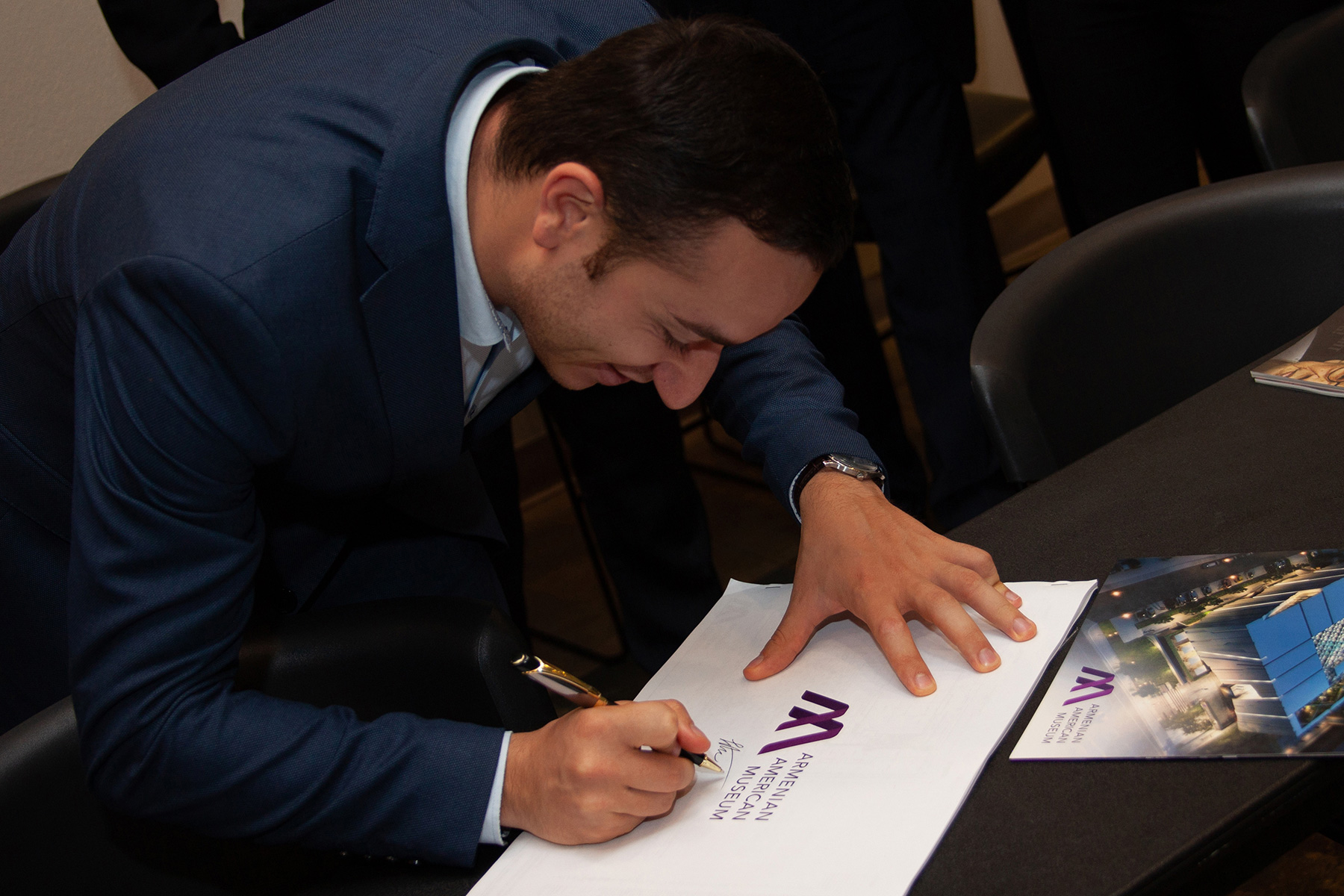 The meeting concluded with a tour of the future site of the Armenian American Museum in Glendale Central Park.

The Minister’s visit comes on the eve of a major milestone for the historic project. The Glendale City Council is scheduled to consider the Museum’s design, environmental, and entitlements on July 31st and is anticipated to take its final vote on the Ground Lease Agreement in August.