Glendale, CA (January 31, 2019) – Armenian American Museum representatives have been visiting schools in the community to present the historic project to students and interview school leaders for video segments that will premiere during the highly anticipated Telethon on Sunday, February 17, 2019.

The Armenian American Museum project was presented to Vahan & Anoush Chamlian Armenian School during a special student assembly. During the assembly, students expressed their excitement for the cultural and educational center and asked questions to learn more about the developing project.

“We support the project for its vision to create a cultural campus that enriches the community, educates the public on the Armenian American story, and empowers individuals to embrace cultural diversity and speak out against inhumanity,” stated Chamlian Principal Dr. Talin P. Kargodorian.

Museum representatives met with AGBU Manoogian-Demirdjian School Principal Arpi Avanesian and AGBU MDS students who discussed the positive impact the project will have on the next generation of youth.

“As educators, we are so proud to support the Armenian American Museum’s mission and we strongly believe that the Museum is going to help our students preserve their Armenian identity, culture, and history,” stated AGBU MDS Principal Arpi Avanesian. 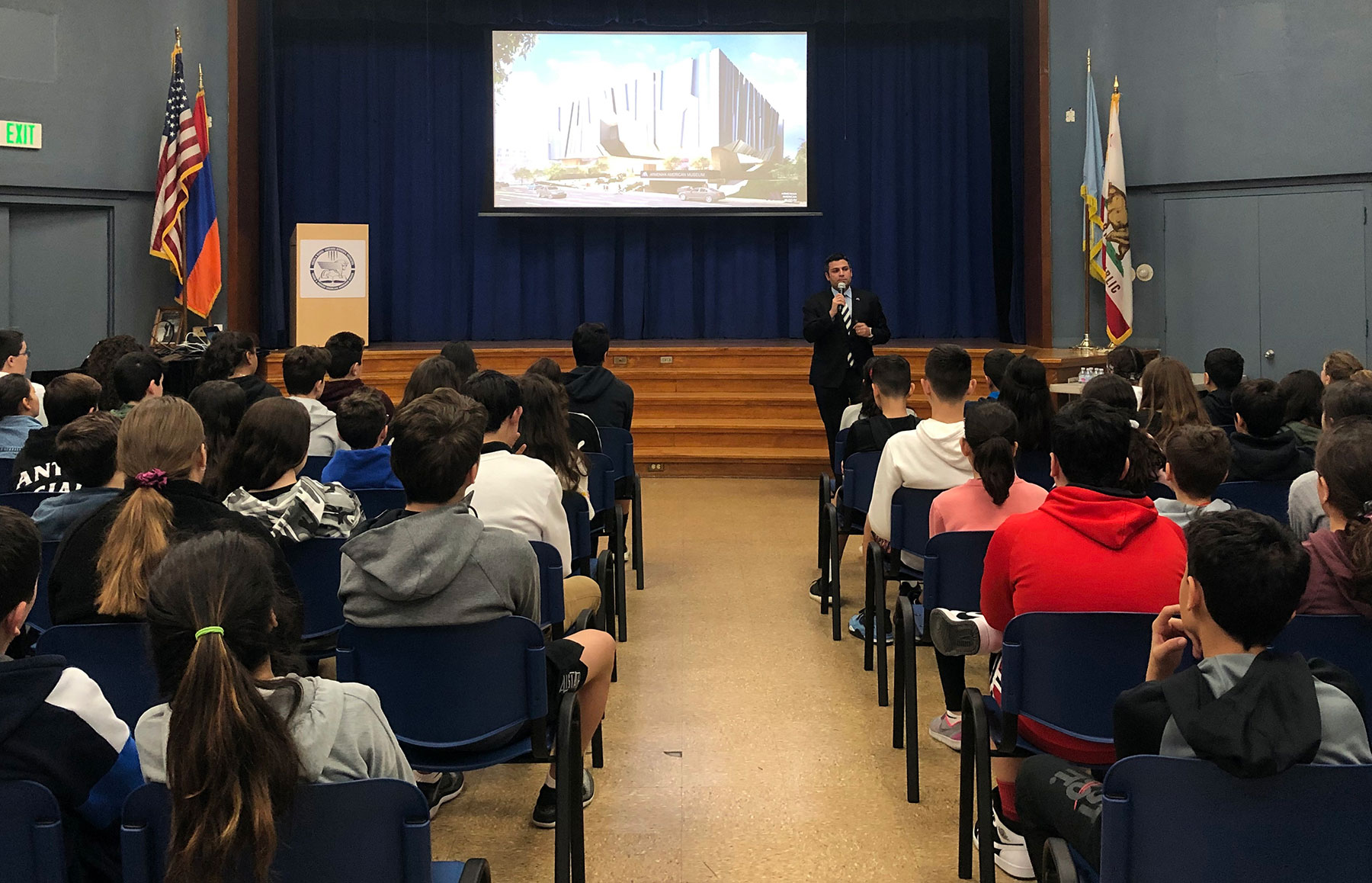 “The Armenian American Museum will not only become a place where Armenians can reconnect to their roots, but it will also be a place where the greater community can learn about Armenian language, culture, and history,” stated R.D. White Principal Lisa Kaprielian.

The Armenian American Museum will be hosting its inaugural Telethon on Sunday, February 17, 2019 to raise awareness and raise funds for the historic project. The highly anticipated television event will be live broadcasted and streamed to a wide audience across the United States and around the world. The Telethon will air on Armenian TV, KVMD, Facebook Live, and online from 4:00PM to 10:00PM Pacific Standard Time (PST).

The community is invited to donate now and watch the Telethon on February 17.