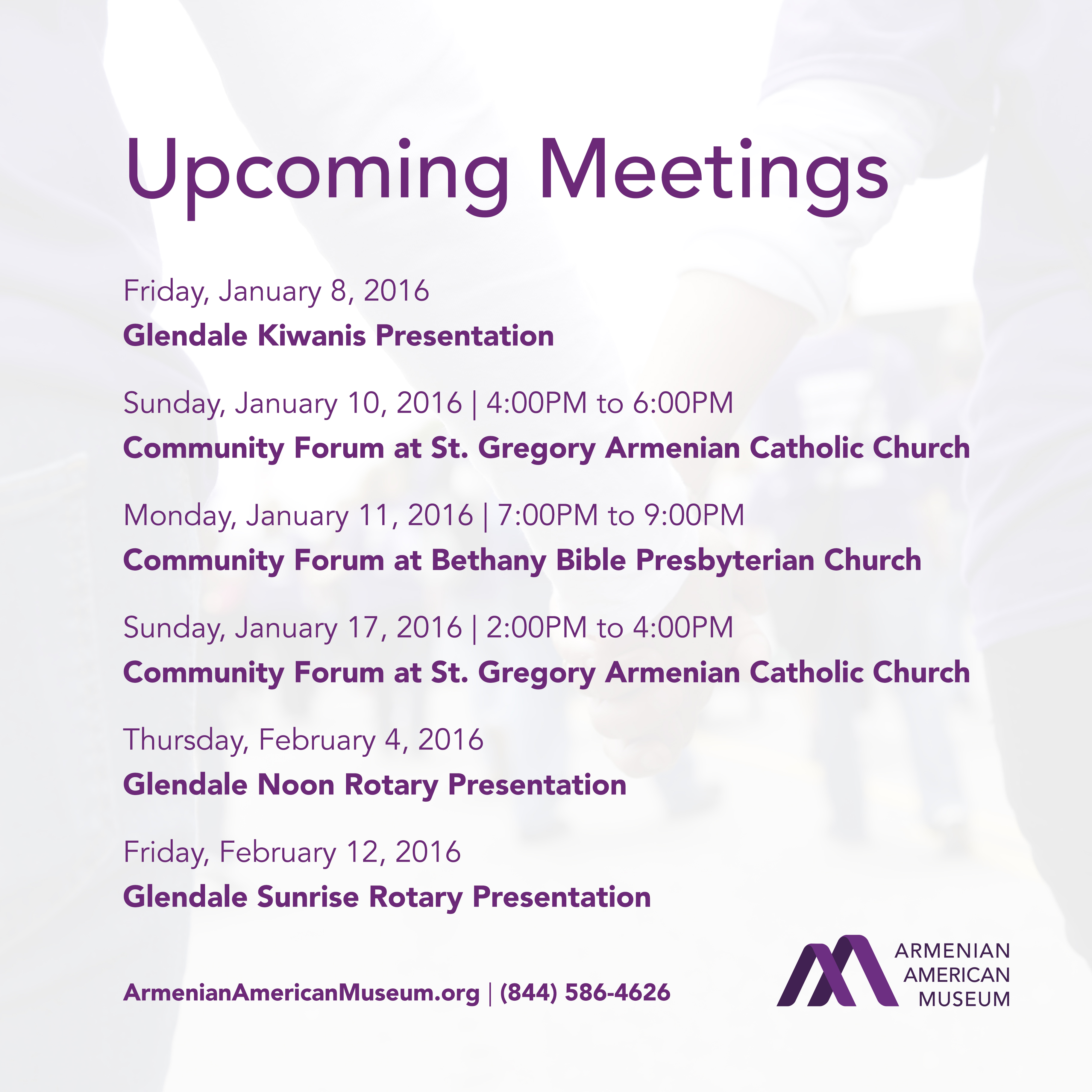 The events will include private presentations to Glendale-based service organizations in addition to public forums. Residents are encouraged to attend the following meetings:

“We look forward to sharing the vision of the Armenian American Museum and engaging in an active dialogue with our community members” stated Outreach Director, Tigranna Zakaryan. “Our approach is to engage the community through diverse outreach initiatives extended toward service-oriented organizations, faith-based groups, neighboring homeowner groups and residents, and City institutions.”

The Armenian American Museum’s community forum series follows its recent unveiling of the Museum concept design to the Glendale City Council in December 2015. Although the proposal establishing an Armenian American Museum in Glendale has been met with positive and constructive support, a number of residents from the neighborhoods next to the proposed site have expressed objections to building the Museum at the proposed site.

Residents interested in hosting a presentation may further inquire by calling (844) 586-4626 or emailing Info@ArmenianAmericanMuseum.org