By Armenian American MuseumMarch 31, 2022No Comments 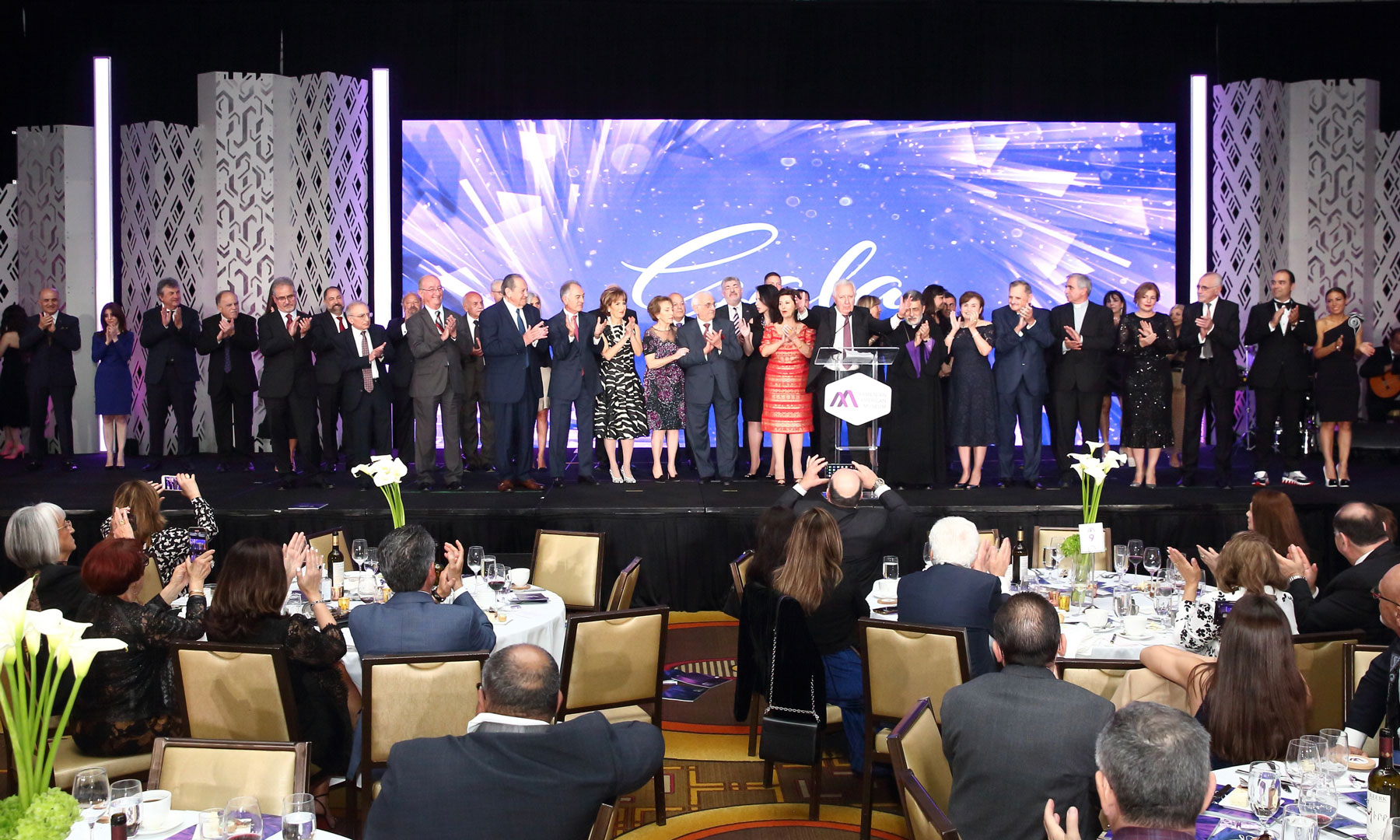 Glendale, CA (March 31, 2022) – The Armenian American Museum and Cultural Center of California announced that the landmark center has surpassed the historic $31 million fundraising milestone at the sold out Legacy Gala on Sunday, March 27, 2022. More than 1,100 donors, supporters, public officials, and guests were in attendance at the signature event of the year at the JW Marriott Los Angeles L.A. LIVE. 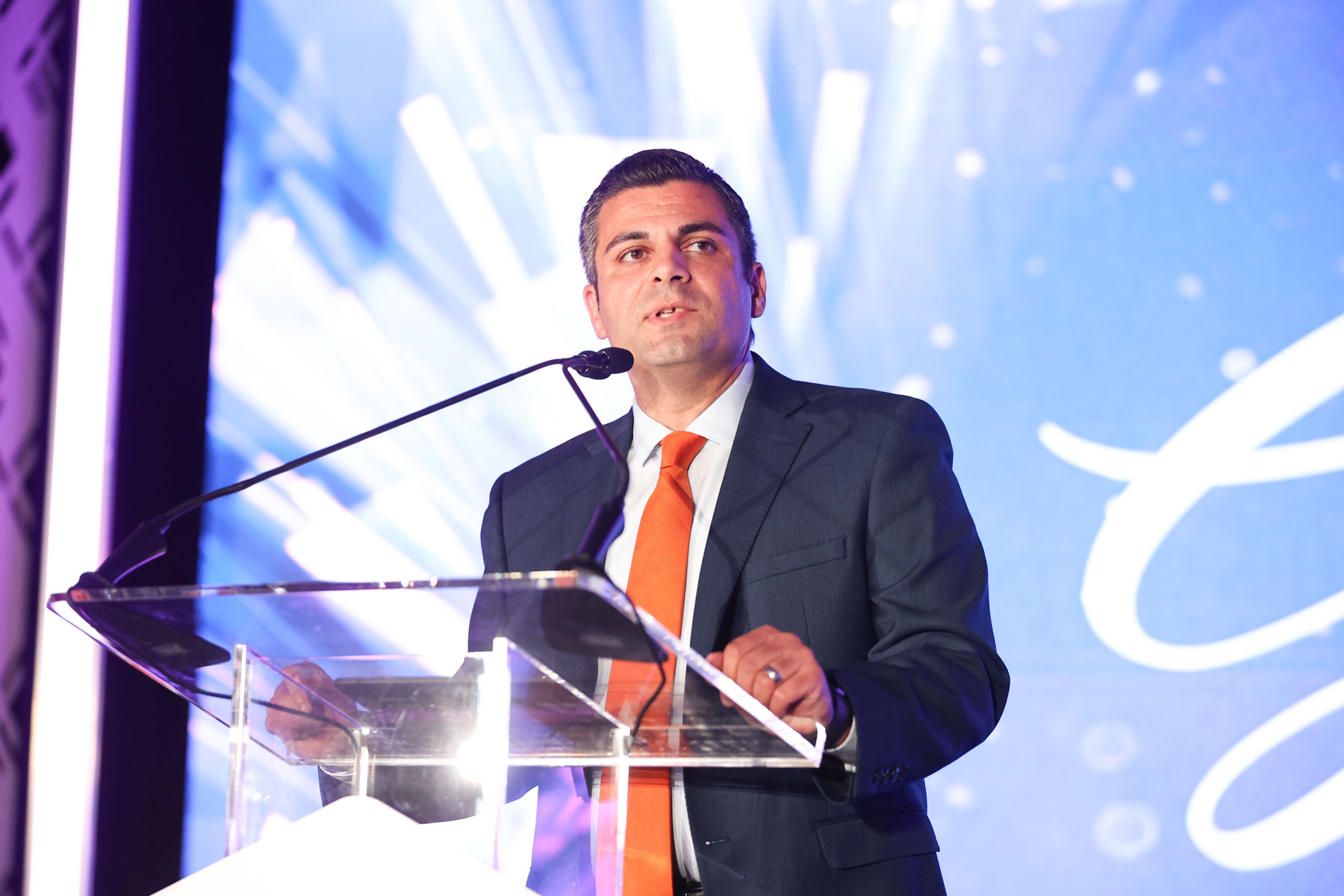 The Legacy Gala program kicked off with welcoming remarks by Executive Director Shant Sahakian who served as the Master of Ceremonies for the event.

“We have come together this evening on a historic occasion to celebrate a world class institution that was once an idea and is now under construction and becoming a reality in the heart of the Armenian Diaspora and Southern California,” stated Executive Director Shant Sahakian.

The National Anthems were performed by the renowned Allen G. Orchestra. 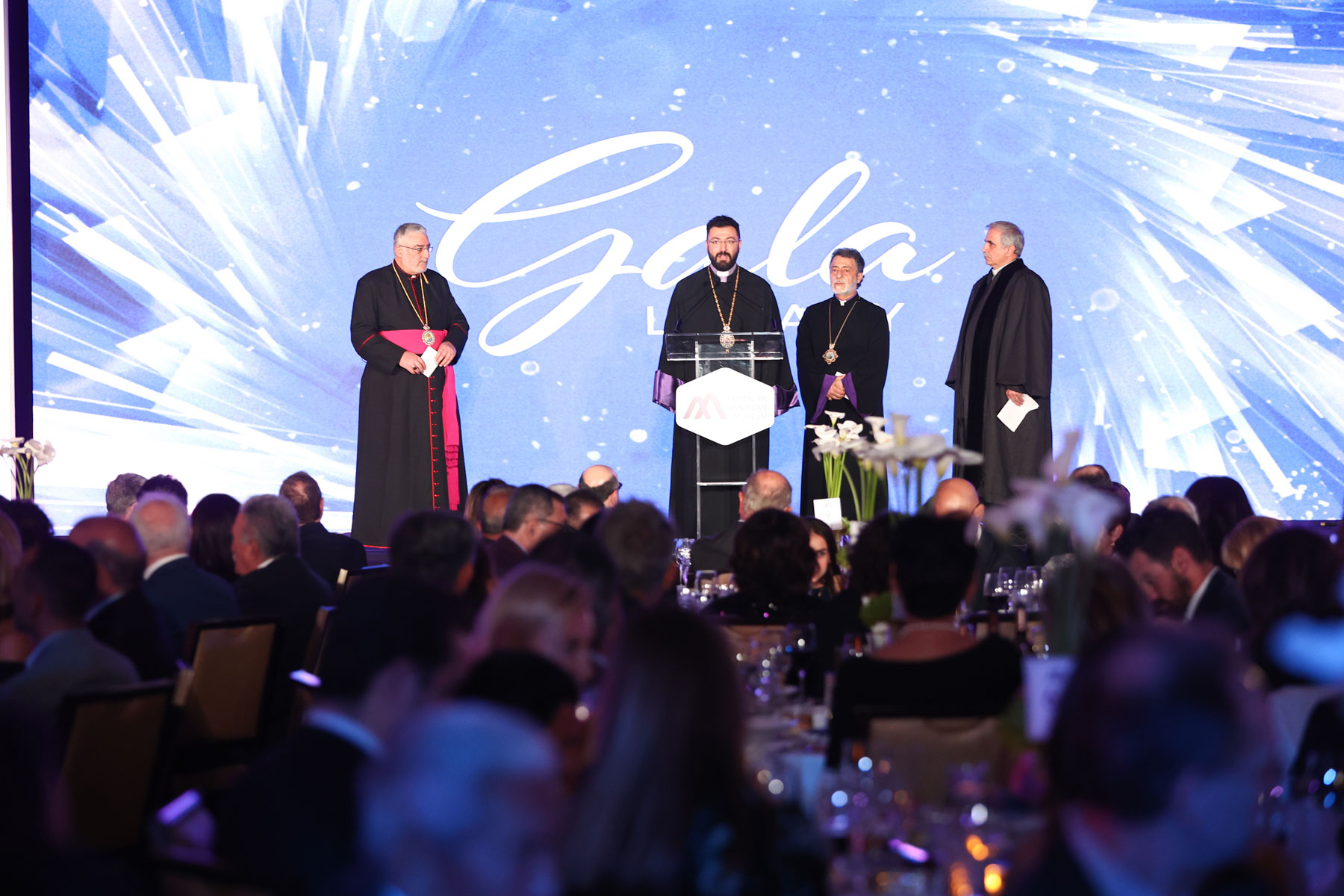 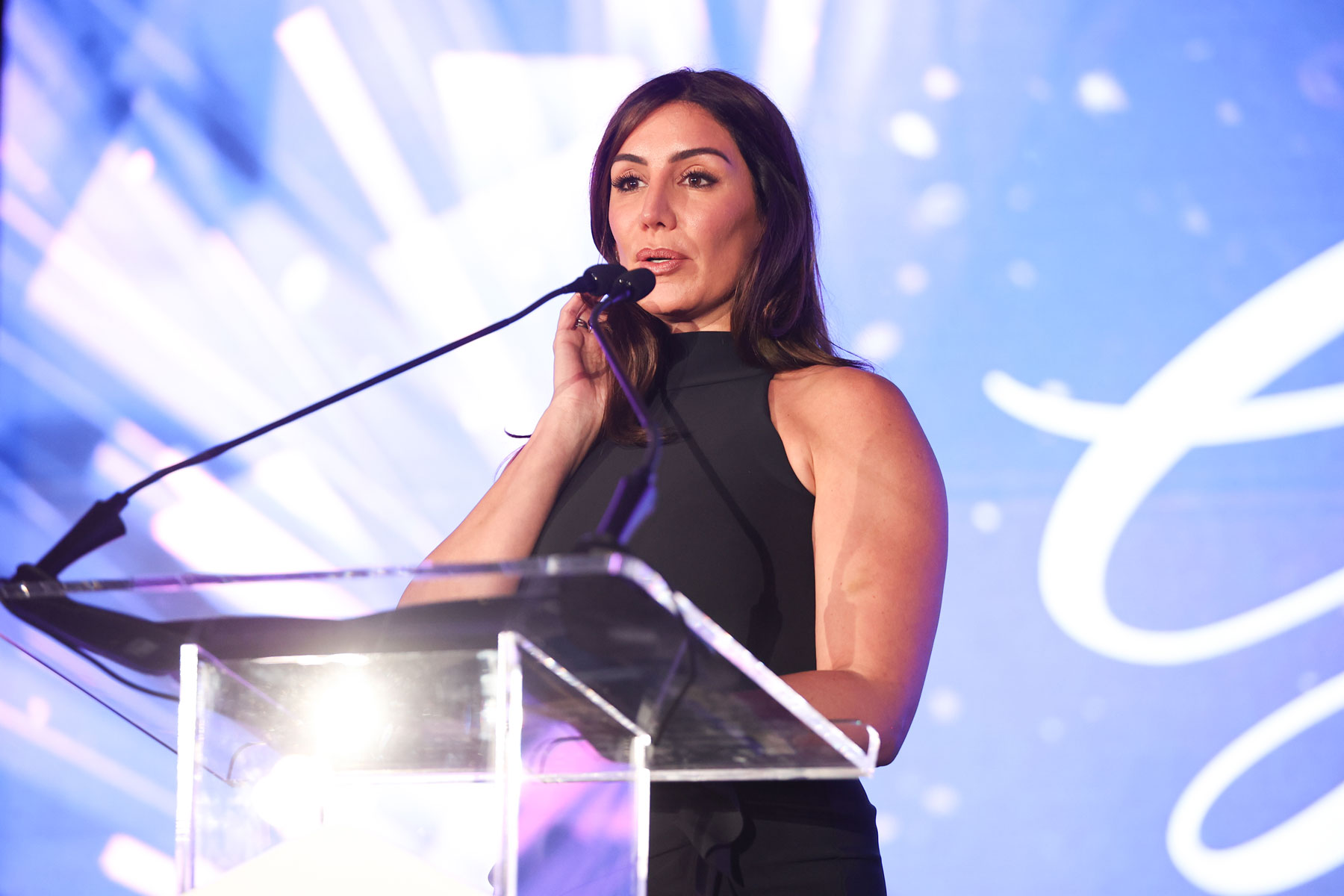 Gala Co-Chair Aleen Baran Oruncakciel remarked on the significance of the cultural and educational center for the next generation and recognized the sponsors who contributed to the success of the event.

“The Armenian American Museum will be a guarantor for the study, appreciation, and preservation of Armenian culture and heritage for future generations,” stated Legacy Gala Co-Chair Aleen Baran Oruncakciel. 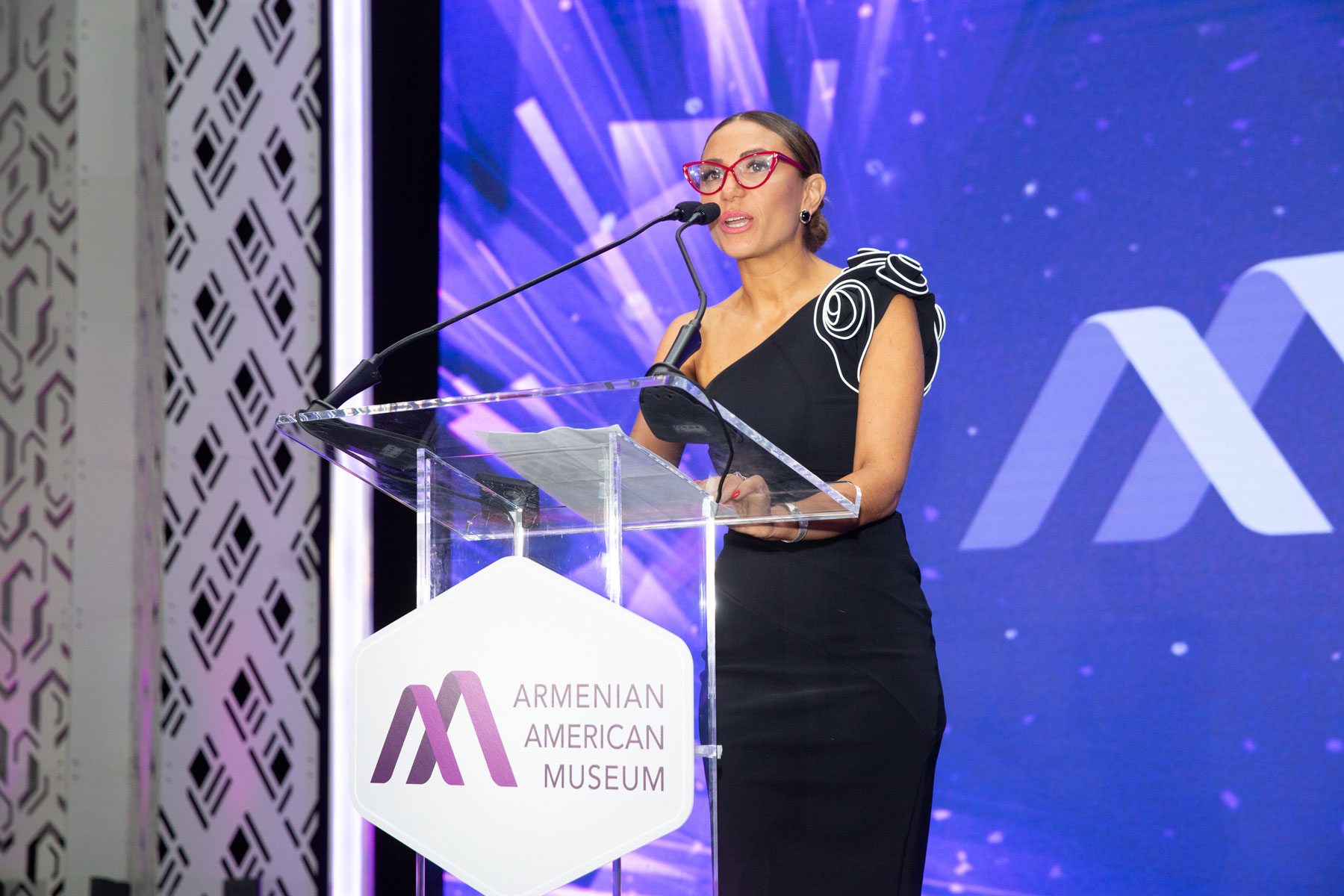 Gala Co-Chair Dr. Alexia Kevonian remarked on the opportunity for the landmark center to build bridges between diverse communities and recognized the members of the Legacy Gala Committee.

“Our vision for the Armenian American Museum is about sharing our culture with our neighbors and in so doing discovering our similarities while delighting in our differences,” stated Legacy Gala Co-Chair Dr. Alexia Kevonian. 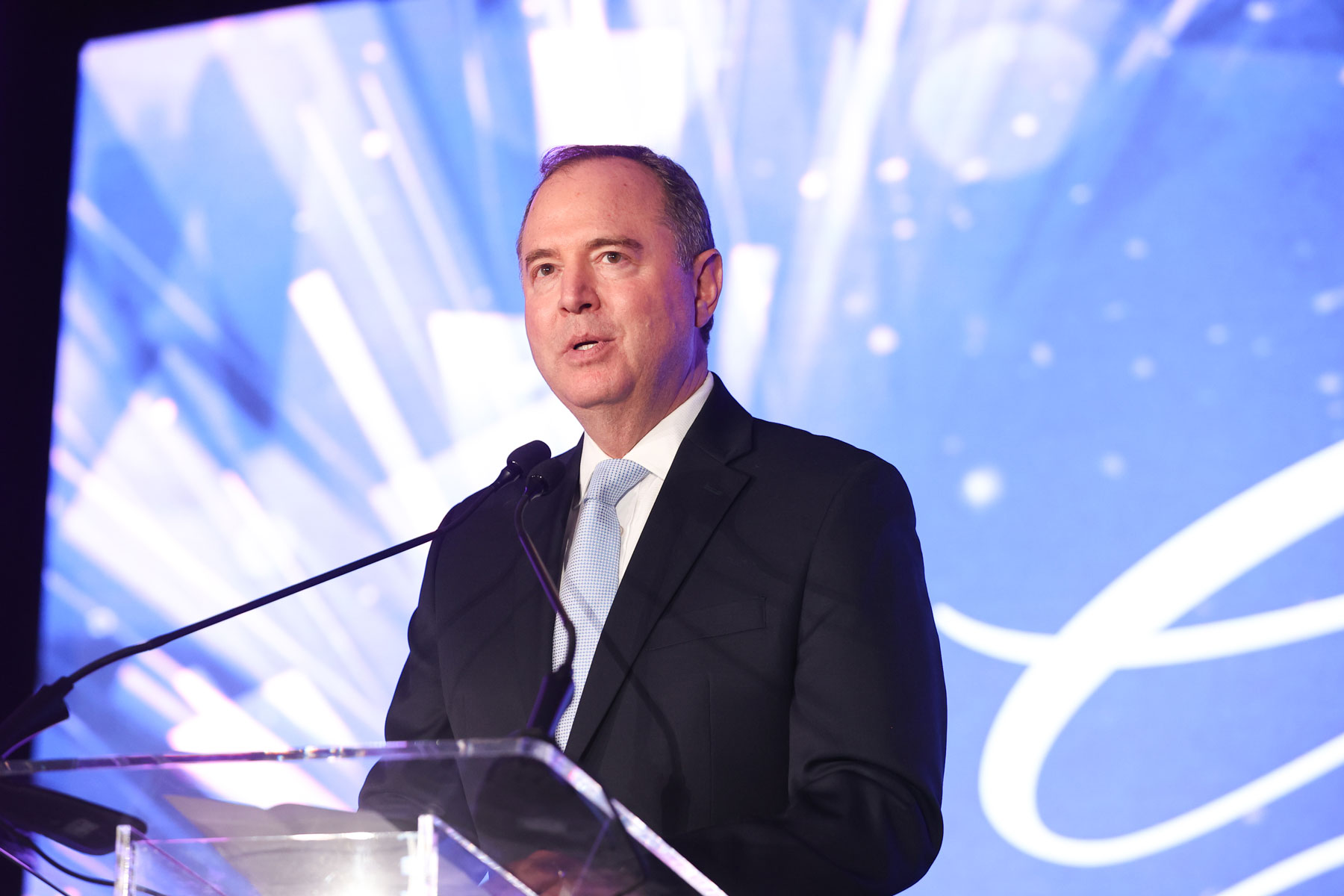 U.S. Congressman Adam Schiff remarked on his experience witnessing the incredible progress at the construction site during a recent visit. He announced to the capacity crowd that his efforts to secure $950,000 in support of the museum in the FY2022 federal government funding legislation was successful and signed by President Joe Biden. 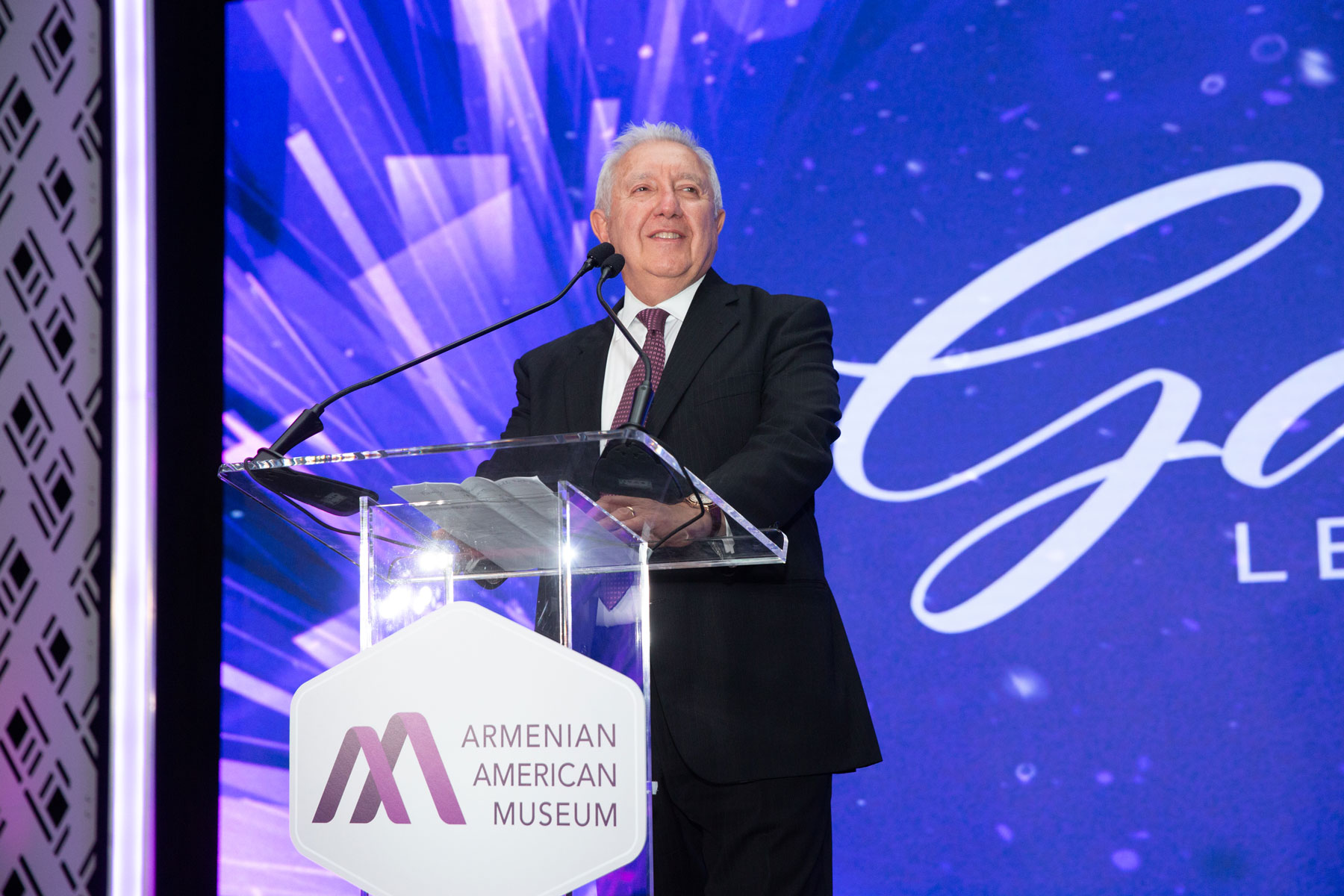 Executive Chairman Berdj Karapetian acknowledged the museum leadership, staff, committee members, volunteers, donors, and supporters as well as the corporate, foundation, and government partners who have generously contributed to the success of the Armenian American Museum project and the Legacy Gala event.

“The Legacy Gala is a tribute to the visionary benefactors, supporters, and friends who together are building a legacy of education, preservation, and cultural enrichment for generations to come through the creation and construction of the Armenian American Museum,” stated Executive Chairman Berdj Karapetian. 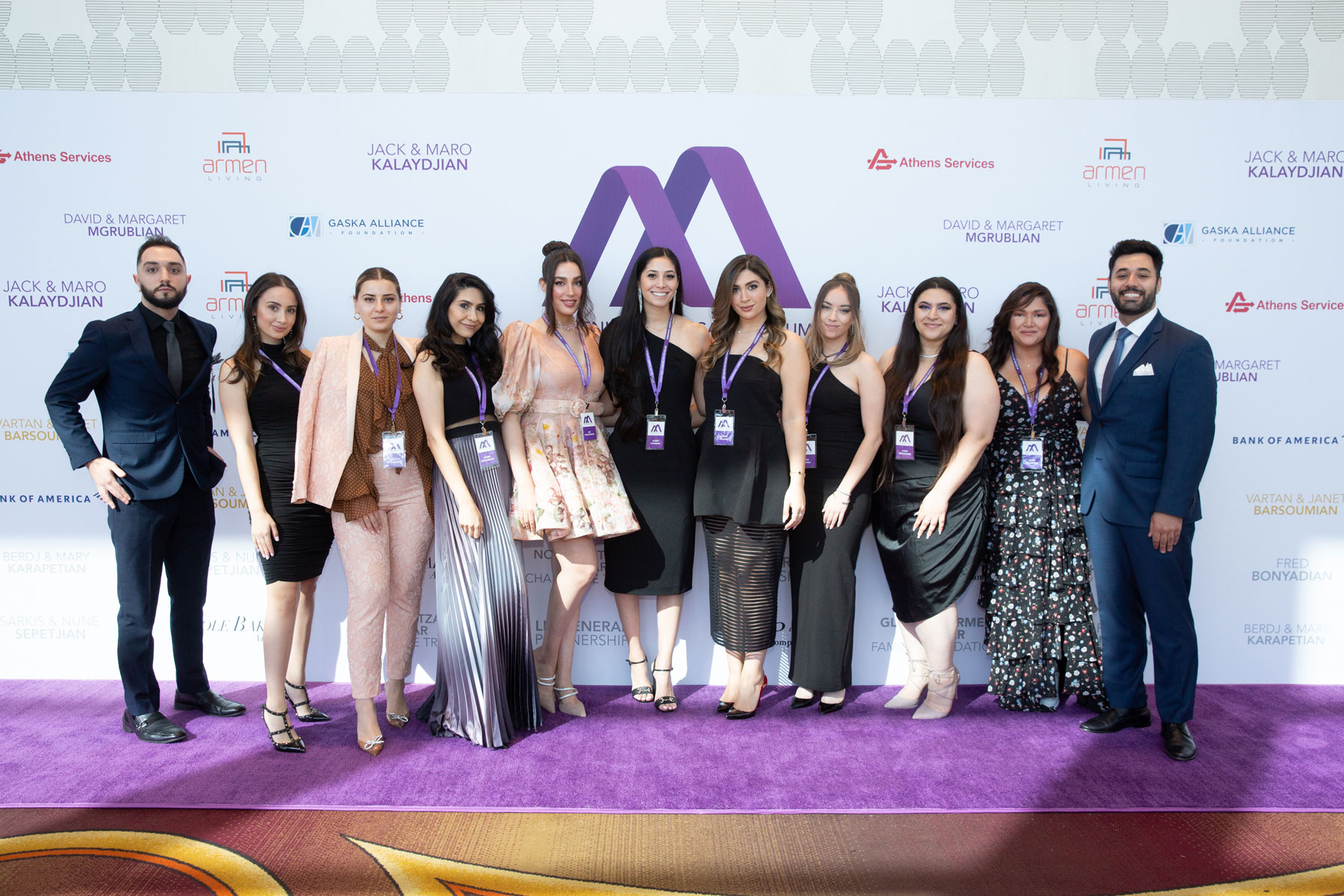 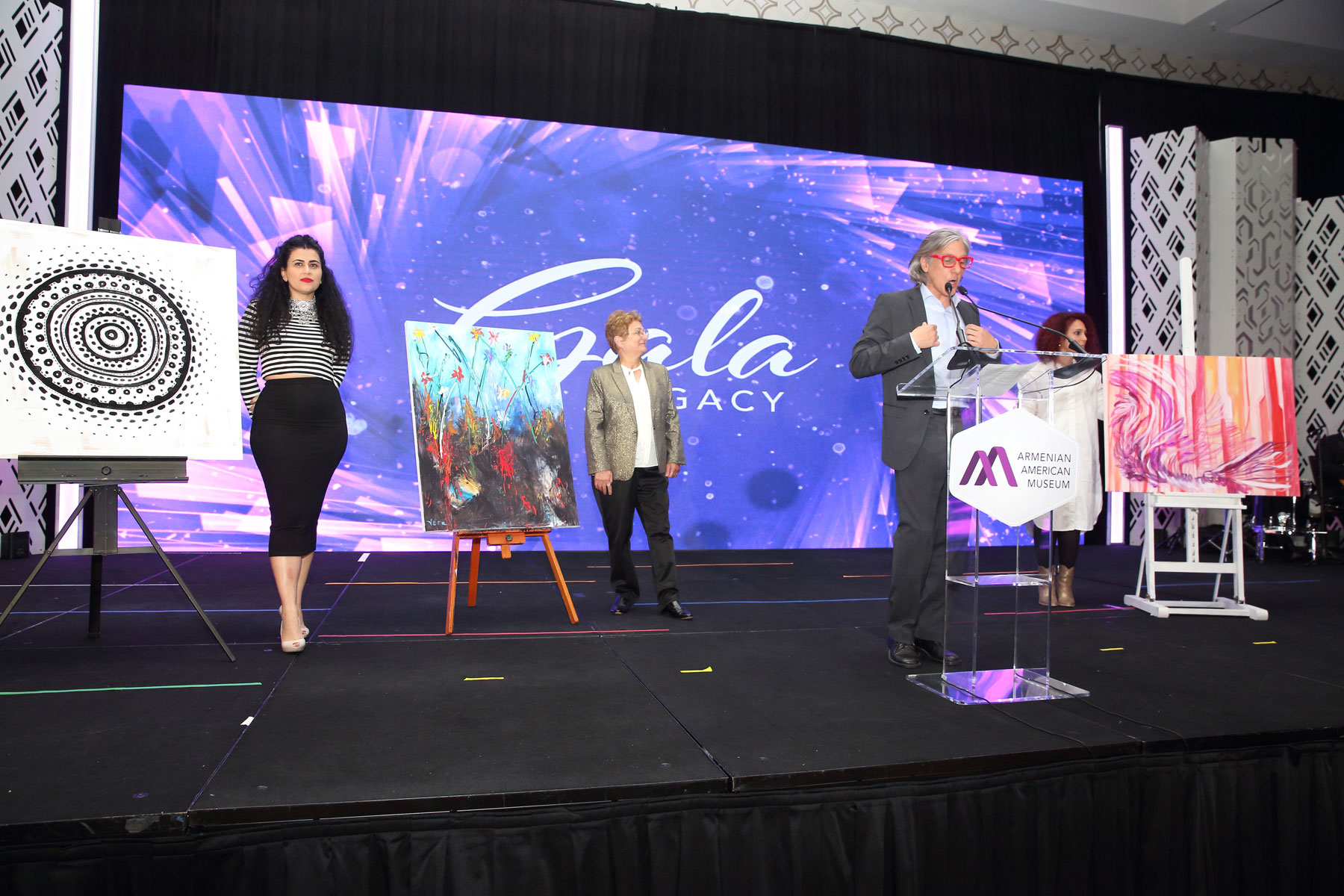 Curator Ara Oshagan, who serves as a member of the museum’s Permanent Exhibition Committee, presented the work of artists Ruby Vartan, Vera Arutyunyan, and Anna Kostanian. The trio provided guests with a live painting experience in the foyer during the reception. In his remarks, he described the museum as a lighthouse and beacon of light for art, culture, and history. 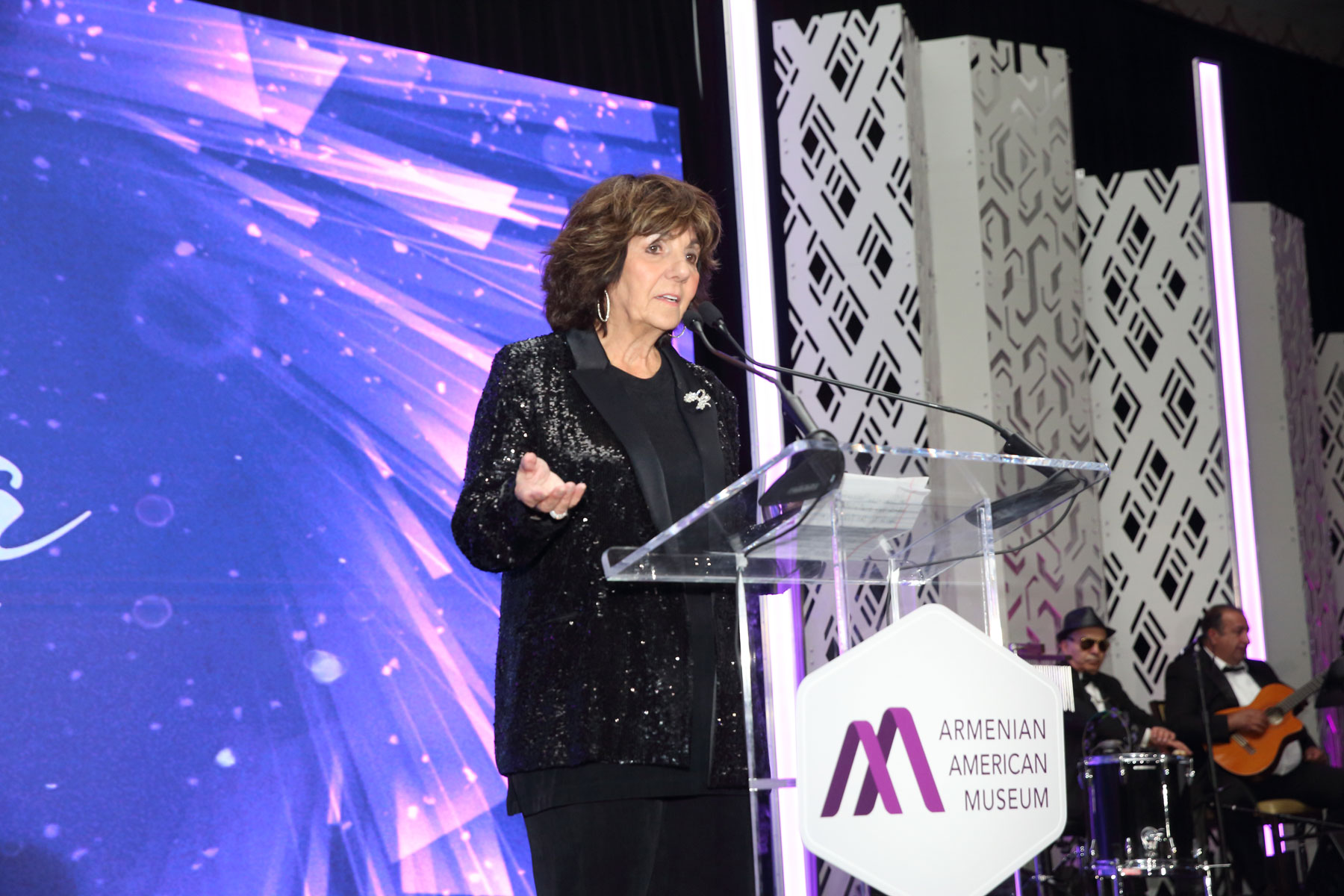 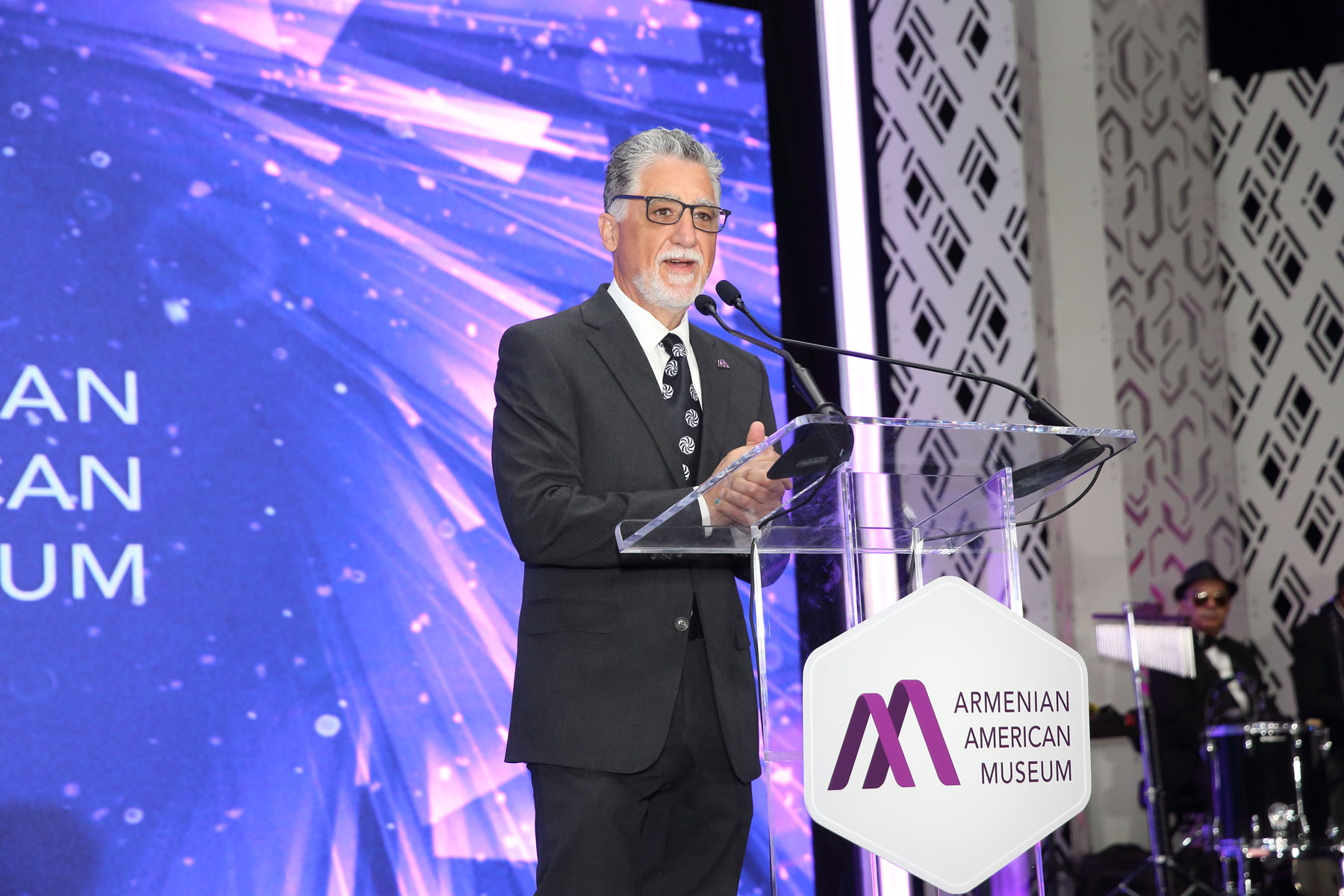 Senator Anthony J. Portantino remarked on his excitement for the opportunity to educate the public and preserve Armenian culture and history for generations of Californians through the Armenian American Museum. He celebrated the State of California’s historic $9.8 million investment in support of the landmark center including his most recent successful effort to secure an additional $1.8 million in the 2021-2022 state budget.

Executive Director Shant Sahakian announced that the museum has launched its highly anticipated Naming Opportunities program to provide individuals, families, and organizations the unique opportunity to sponsor one of the museum’s iconic spaces and establish a lifelong association with the institution through a legacy gift. He welcomed museum leaders to the stage to introduce and honor the founding Naming Opportunities donors of the museum. 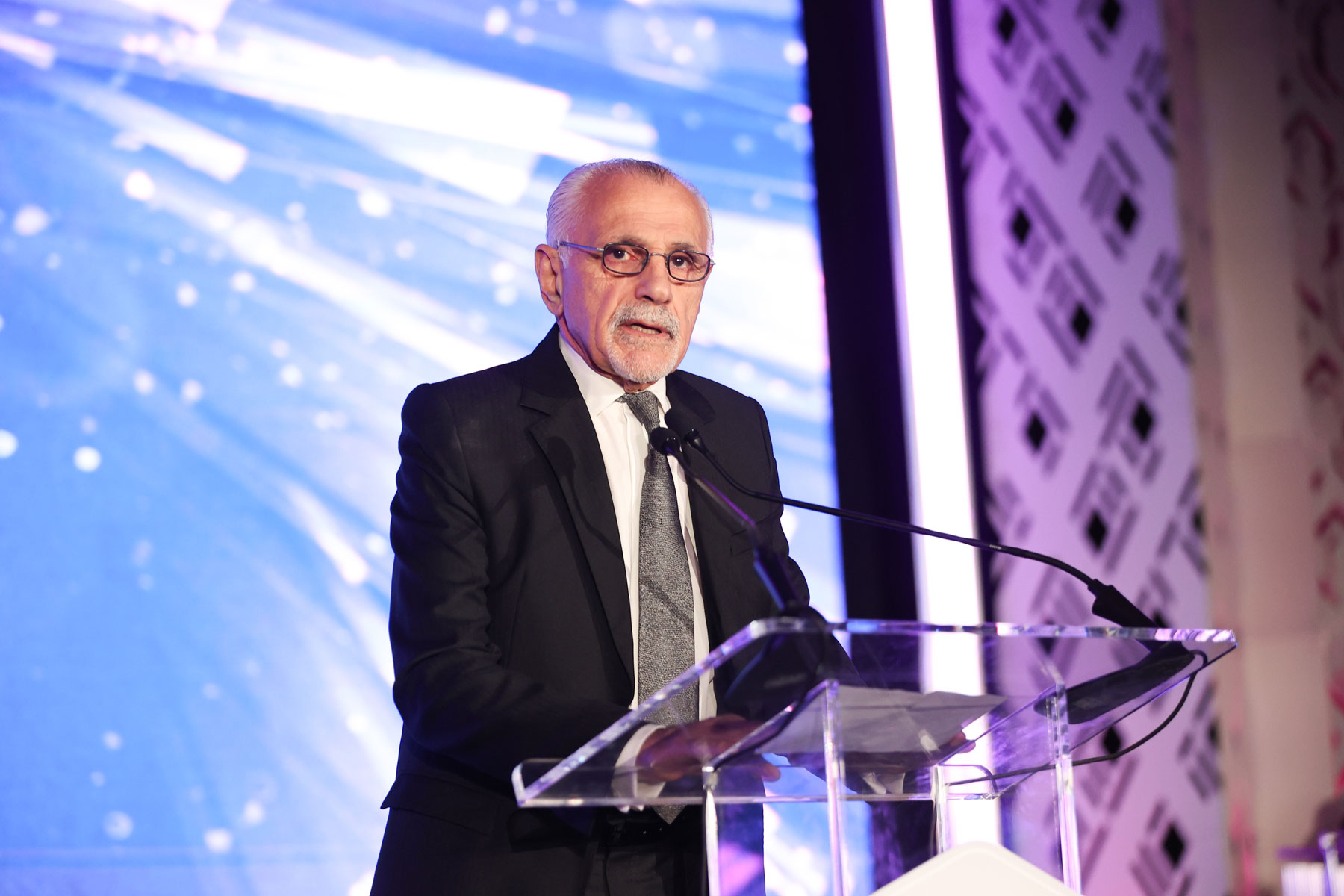 Board of Trustees Co-Treasurer Avedik Izmirlian representing the Armenian Cultural Foundation presented the Kevonian family and announced that the museum’s Gift Shop will be named the Kevonian Gift Shop in honor of the family’s generous gift. The Kevonian Gift Shop will serve as a marketplace of culture and will offer to the thousands of annual museum visitors a collection of unique gifts, books, souvenirs, and memorabilia that complement the museum’s diverse programming and uplifting mission. 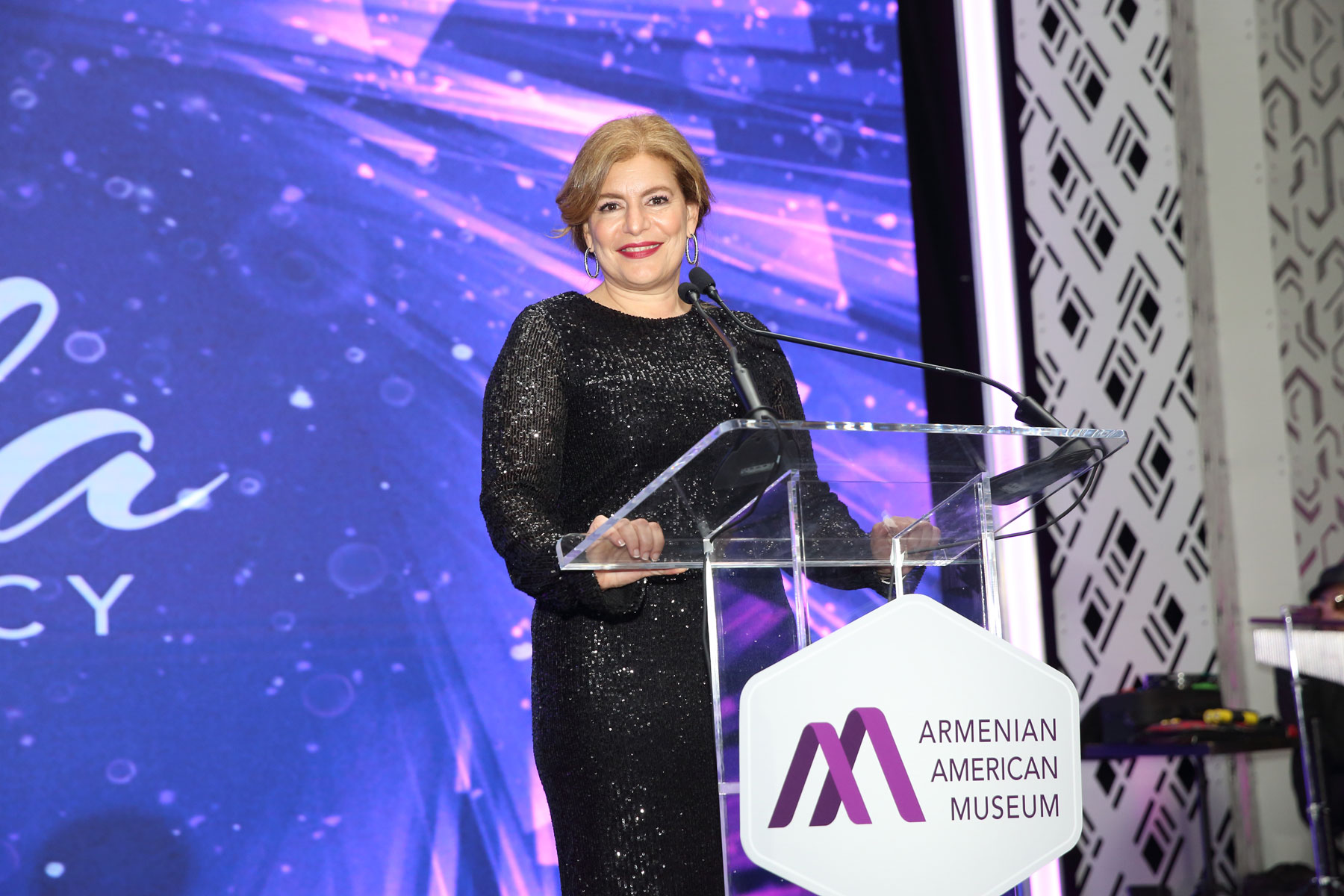 Board of Trustees Co-Treasurer Talin Yacoubian representing the AGBU Western District presented the Arakelian family and announced that the museum’s Main Entrance Plaza will be named the Arakelian Plaza in honor of the family’s generous gift. The Arakelian Plaza will serve as the main entrance to the museum building from East Colorado Street and will feature the architectural metal cladding of the building facade overhead and Armenian-inspired basalt walls at each side with a floor-to-ceiling glass facade greeting patrons. 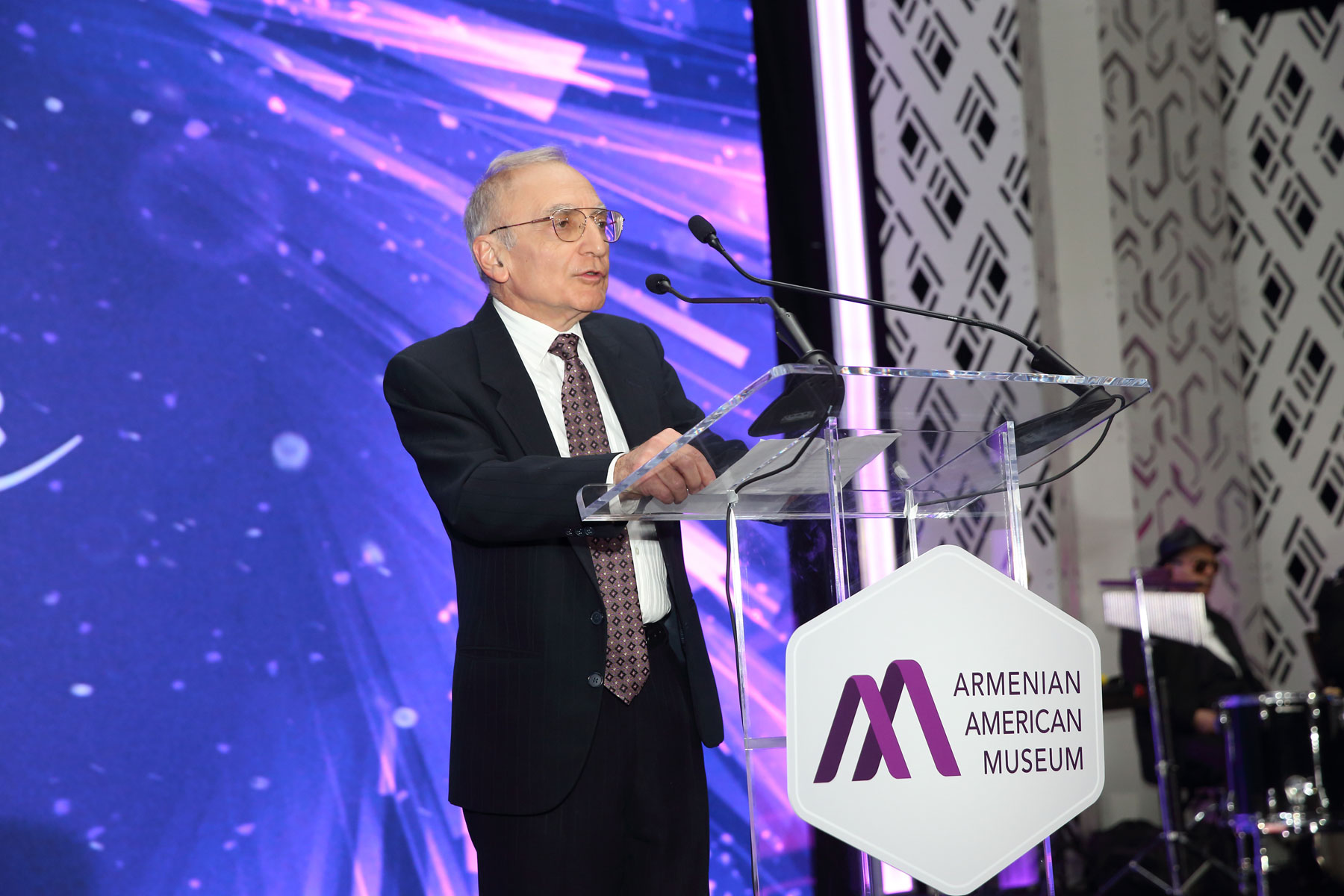 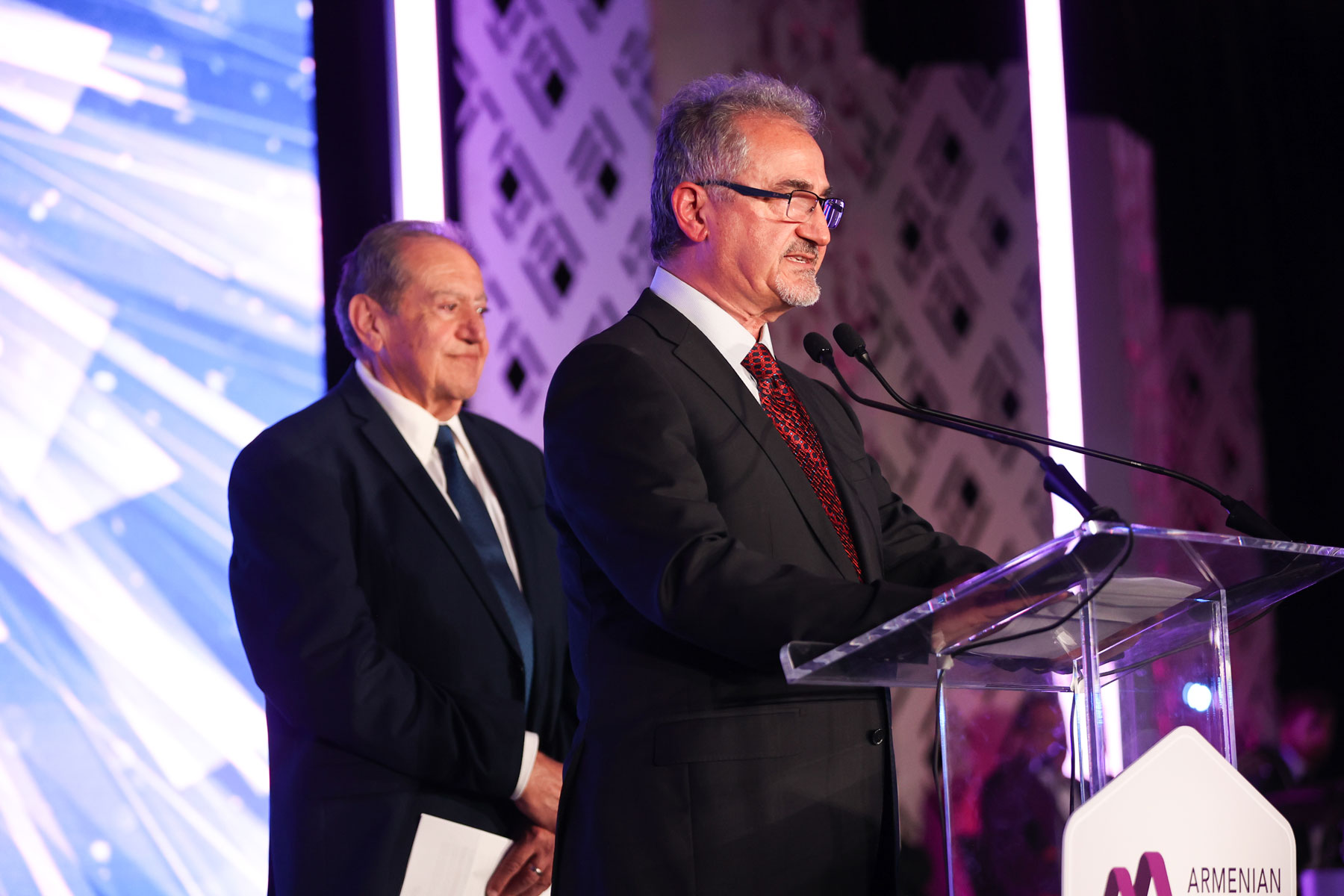 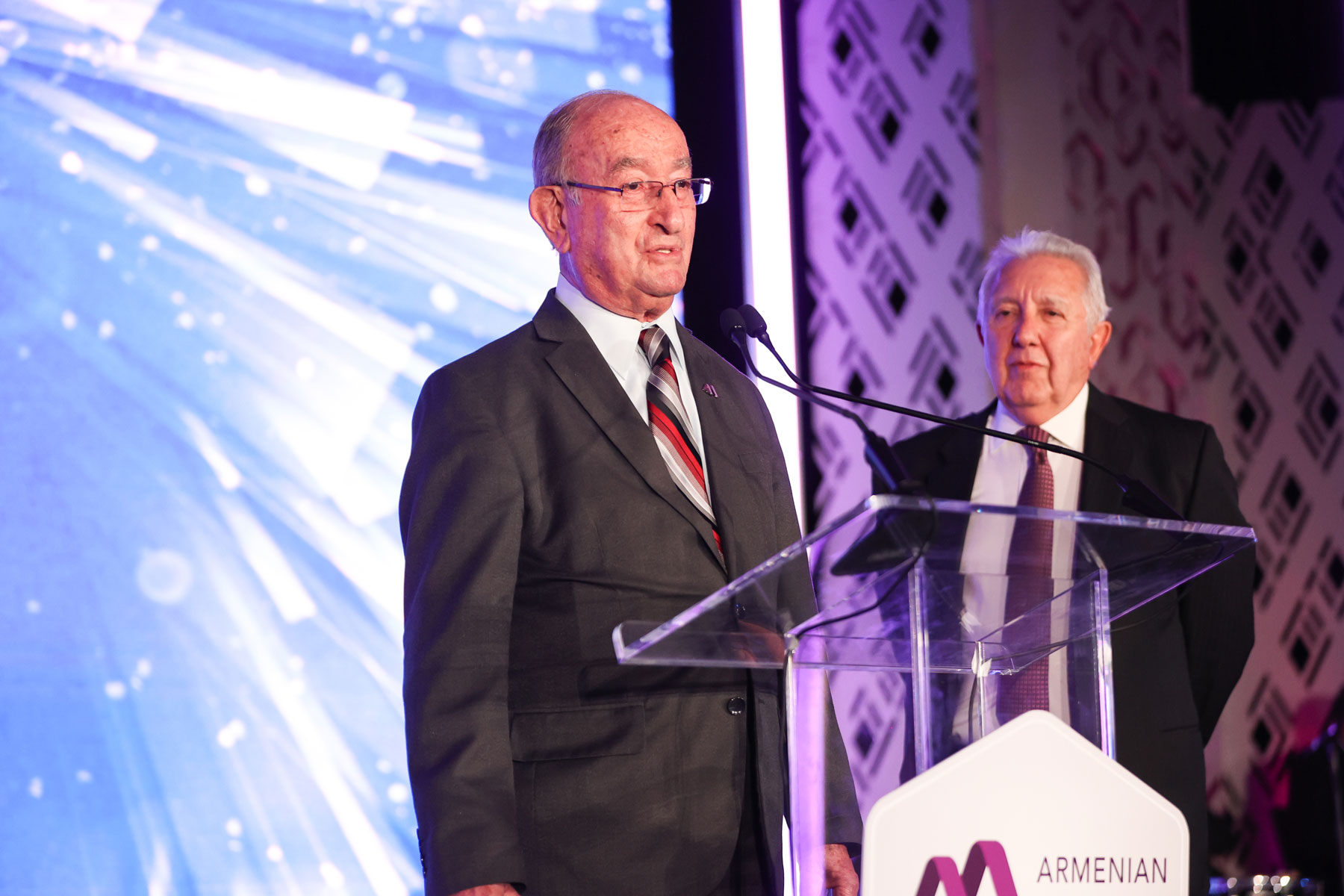 Board of Trustees member Gabriel Moloyan representing the Nor Serount Cultural Association and Executive Chairman Berdj Karapetian presented the Kalaydjian family and announced that the museum’s Auditorium will be named Kalaydjian Auditorium in honor of the family’s generous gift. The Kalaydjian Auditorium will provide engaging and memorable experiences for patrons and serve as an arts and cultural destination by hosting a wide range of programming including lectures, performances, film screenings, special events, and more.

During the grand finale of the event, the Board of Trustees, Board of Governors, Construction Committee, and Gala Committee welcomed the founding Naming Opportunities donors to the main stage with a roaring applause. Executive Chairman Berdj Karapetian concluded the event with the special announcement that the museum has surpassed the historic $31 million fundraising milestone through the generosity of the founding Naming Opportunities donors and the thousands of donors and supporters who have contributed to the landmark center. 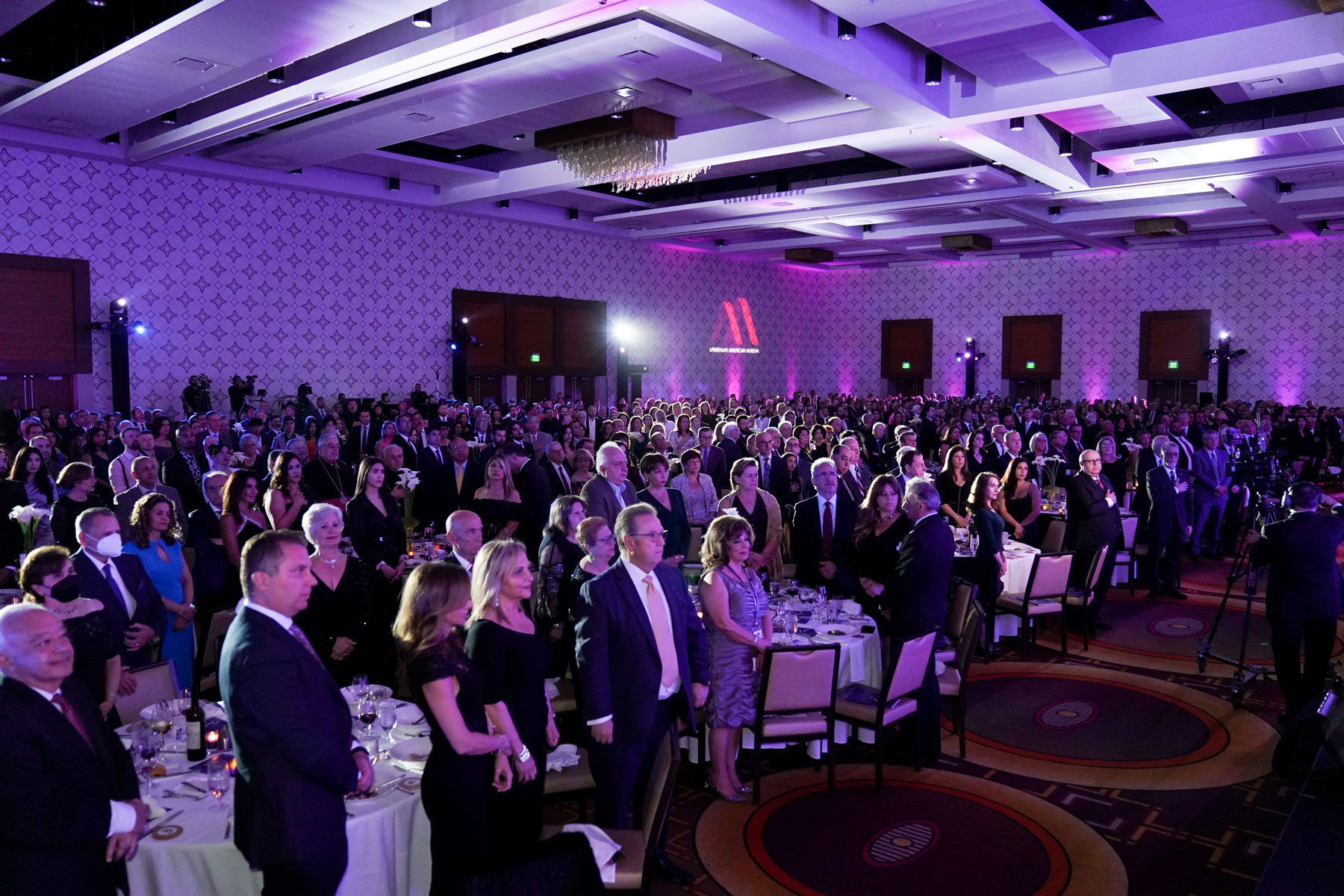 The Armenian American Museum is a world class educational and cultural institution that is currently under construction in the museum campus at Glendale Central Park. The museum will offer a wide range of public programming through the Permanent Exhibition, Temporary Exhibitions, Auditorium, Learning Center, Demonstration Kitchen, Archives Center, and more.

The museum celebrated its historic groundbreaking and commenced construction on the project in Summer 2021.