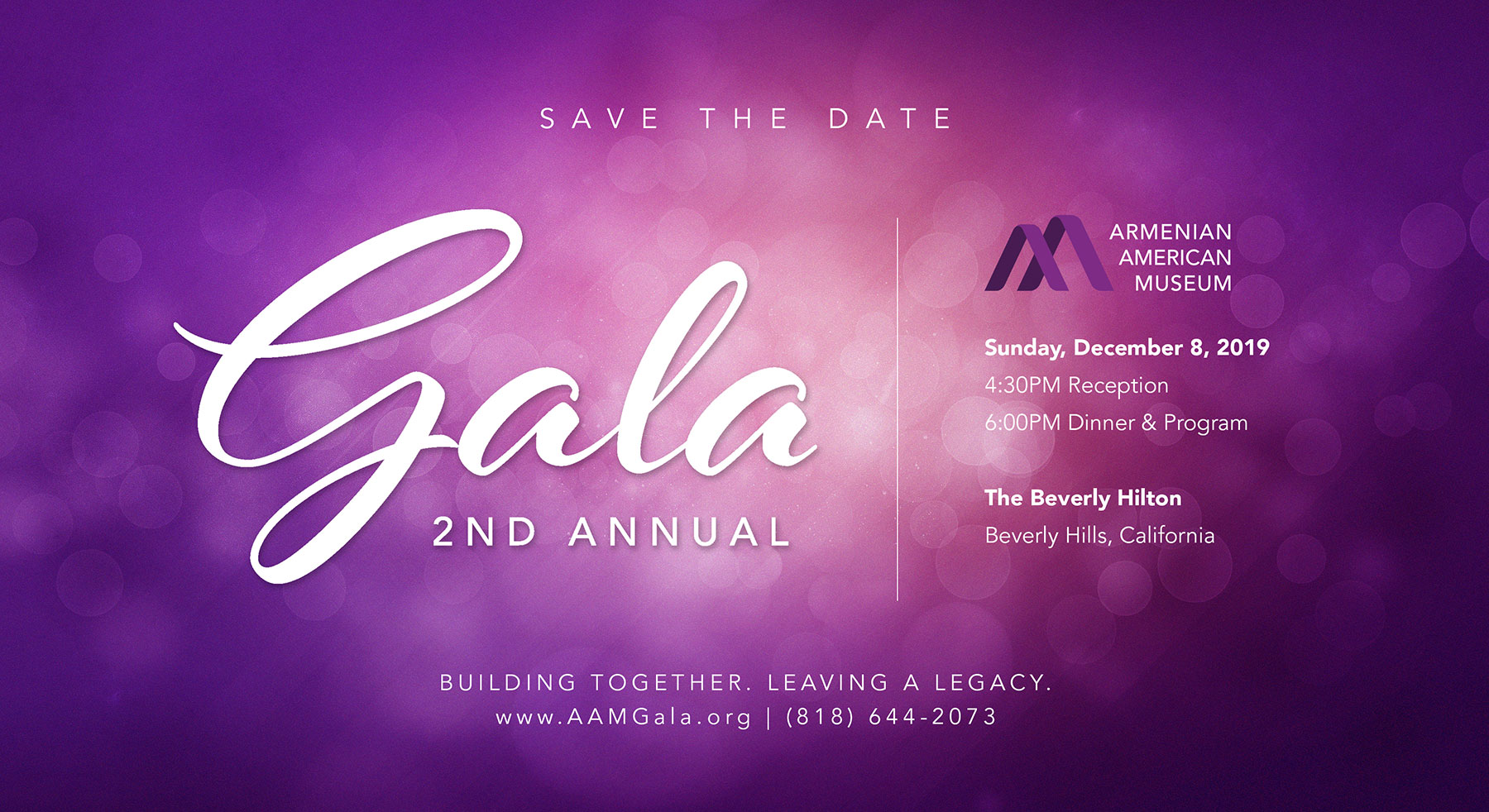 Glendale, CA (September 10, 2019) – The Armenian American Museum and Cultural Center of California has announced that its highly anticipated 2nd Annual Gala will be held on Sunday, December 8, 2019 at The Beverly Hilton in Beverly Hills, California.

Hundreds of supporters, community leaders, and public officials are expected to attend the signature event of the year to celebrate and support the landmark project as it approaches its historic groundbreaking year.

“We are truly excited to announce the 2nd Annual Armenian American Museum Gala as the project approaches its historic groundbreaking year,” stated Executive Chairman Berdj Karapetian. “We look forward to celebrating and supporting the landmark project with our community on December 8th.”

The announcement of the 2nd Annual Gala comes on the heels of the appointment of the museum’s exhibition design firm and project design team. The museum plans to begin construction in 2020.

The City of Glendale has dedicated a premier location for the museum in downtown Central Park as part of the city’s arts and entertainment district.

The Armenian American Museum will be the first world class cultural and educational center of its kind in America. The museum program will feature a permanent Armenian exhibition, temporary multicultural exhibitions, performing arts theater, learning center, demonstration kitchen, and much more.

Honorees and special guests of the 2nd Annual Gala will be announced soon.

To reserve tickets and learn more about sponsorship opportunities for the 2nd Annual Gala, visit www.AAMGala.org or call (818) 644-2073. The reservation deadline is November 8, 2019.