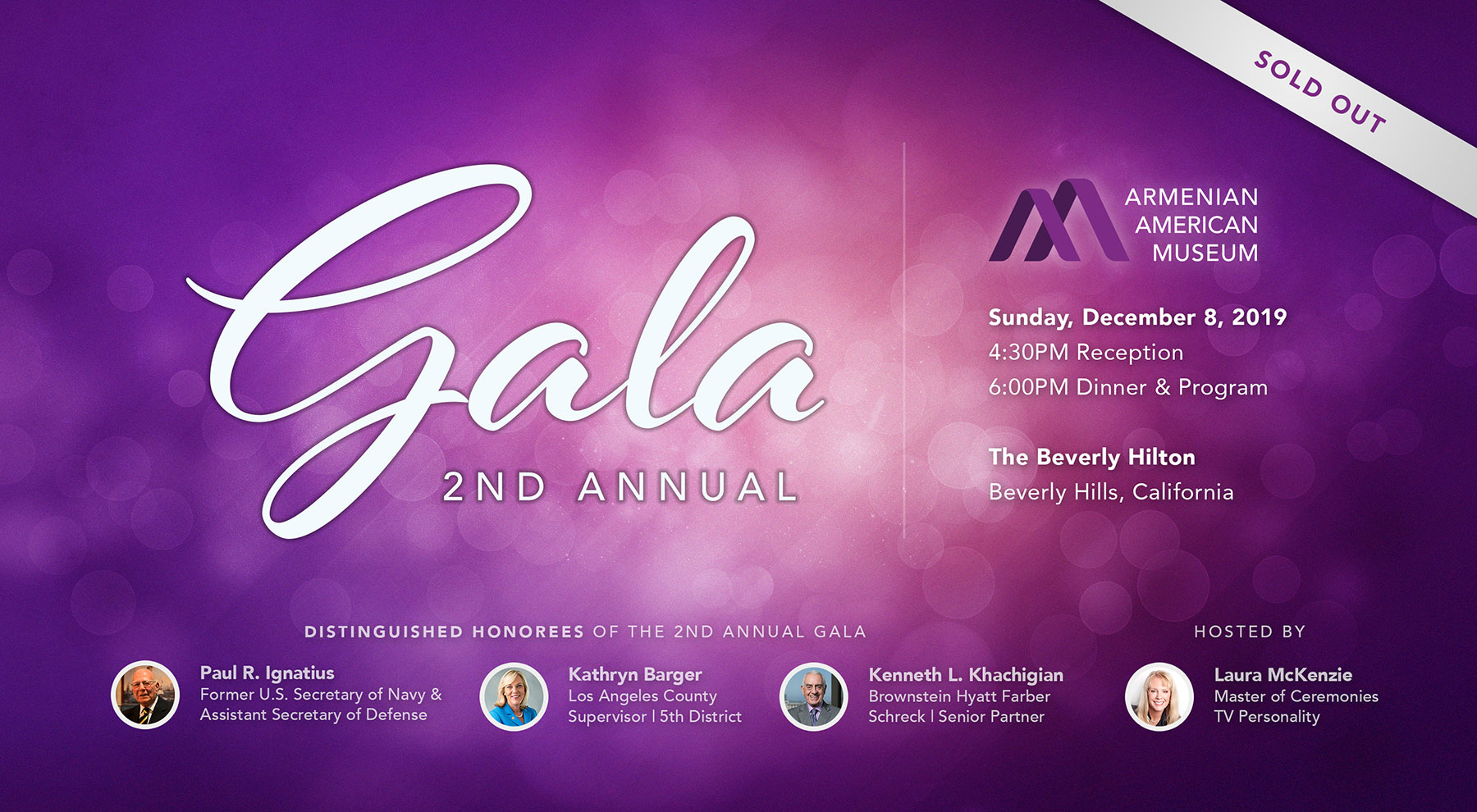 Glendale, CA (December 2, 2019) – The 2nd Annual Armenian American Museum Gala is sold out heading into the signature event of the year on Sunday, December 8, 2019 at The Beverly Hilton in Beverly Hills, California. Hundreds of supporters, community leaders, and public officials are expected to attend the Gala. The event will celebrate and support the landmark project as it approaches its historic groundbreaking year.

“We are excited to join our supporters and friends for a memorable evening in support of the Armenian American Museum and we look forward to celebrating our distinguished honorees for the evening who inspire us through their work and contributions,” stated Executive Chairman Berdj Karapetian. “The 2nd Annual Gala will mark a special occasion as we approach our historic groundbreaking year.”

Award-winning television personality and Emmy nominated travel host Laura McKenzie will serve as the Master of Ceremonies for the evening.